Mangalore/Mumbai, Oct 11: Jyotsna Harishchandra Poojary (43), originally from Mangalore died of injuries sustained in a road accident which had taken place in Bear, Delaware in the USA on September 21. 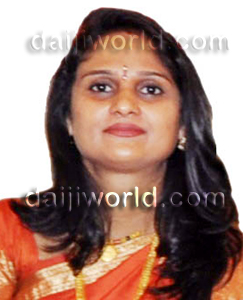 Jyotsna was the daughter of Raghav Babu Alake and Shashiprabha, originally from Bikarnakatte in Mangalore.

Jyotsna, an employee of Trigyn Technologies Ltd, a private firm at Santa Cruz East Electronics Processing Zone in Andheri, Mumbai was sent by her company to the USA on official work. The bus carrying 49 passengers in which she travelled had met with an accident last month. Jyotsna who sustained injuries was taking treatment at Christiana hospital in Newark. She succumbed to injuries on October 2.

Her mortal remains were brought to Mumbai for final rites which were held on Friday October 10. Jyotsna, a resident of Mukhthidam Cooperative society, Waghle estate, Thane was married to Harishchandra Krishna Poojary. Harishchandra is a businessman based in Tanzania. Soon after the accident, he went to USA.

The deceased is survived by parents, husband and a son. Jyotsna is the third casualty of the accident. Other two elderly women from New York and Turkey had lost lives earlier. Almost all the passengers of the bus had sustained injuries. The Chinese driver of the bus was arrested later for careless driving.