Kasargod, Aug 17: The special team investigating the murder of a young man at a flat at in Kochi, has arrested two accused persons here.

Police arrested the duo at Manjeshwar railway station after tracking their mobile phone. Sajeeva Krishna, a resident of Vandoor, Malappuram was found hacked to death in a flat at Kakanady of Kochi. 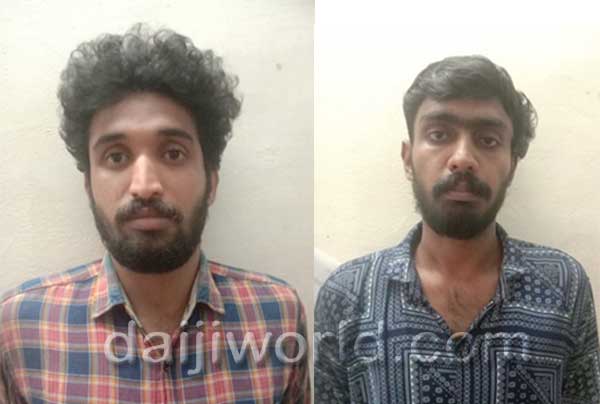 The duo had fled after the murder.

The police team under the leadership of DySP V V Manoj arrested them while the accused were trying to flee to Karnataka.