Puttur, Aug 16: A cleanliness programme by Rovers and Rangers of St Philomena P UCollege was held on August 14 on account of 75th Independence day.

Rovers and Rangers cleaned in and around the statue and paid tribute to the Mahatma Gandhi statue by offering garland.

The principal, Fr Ashok Rayan Crasta presided over the programme. 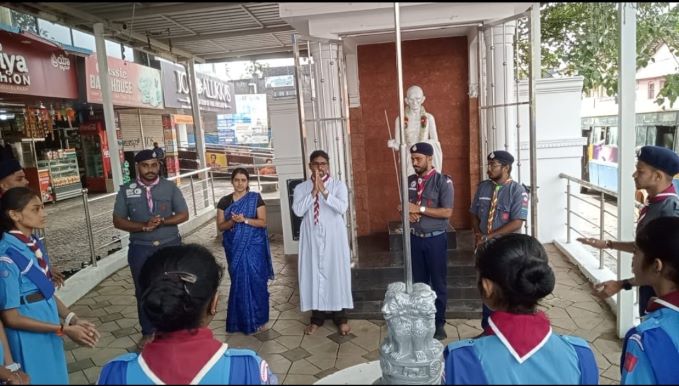 Sharath Alva welcomed the gathering. Mohammad Naufal, Rover leader, compered and proposed the vote of thanks.