Mangaluru, Aug 16: Following the continuing investigation over the recent incident involving a boy and a girl who were set to board flights at the international airport here, it is learnt that the directorate general of civil aviation (DGCA) is considering imposition of a travel ban on the two of them for causing tension, confusion and inconvenience to passengers.

It may be recalled that the two were detained over their chat messages on security following a complaint lodged against them at Bajpe police station. 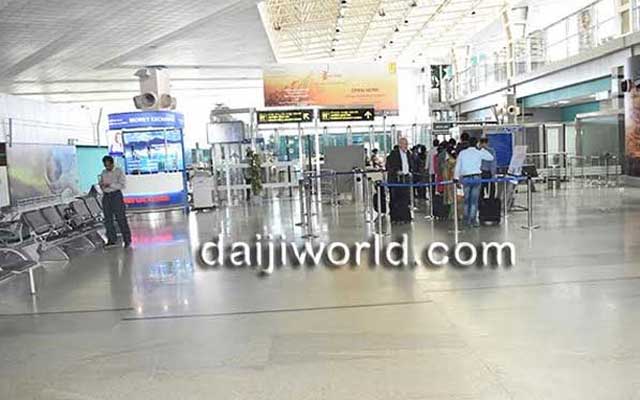 A case was taken up under section IPC 505 (1) (b) and (c) in Bajpe police station after a complaint from IndiGo flight authorities.

The two detained are Simran Tom (23) from Uttar Pradesh and Dipayan Maji (23) from Ghaziabad. Simran is currently pursuing her MA (HR) final year in Chennai while Diyapan has completed his education and is presently working in L&T as an engineer in Vadodara.

On Sunday, August 14, all the passengers were deplaned from the aircraft and the flight was intensely checked for any sabotage after a co-passenger had noticed one among the two detained receiving a text message as ‘U r da bomber’. The girl was waiting for her flight to go to Bengaluru while the boy was ready to fly to Mumbai.

Police sources said that both were friends and they spoke about the security just for fun.