Bommai announces new schemes for the welfare of weaker sections

Bengaluru, Aug 15: Going a step further in implementing Prime Minister Narendra Modi’s ‘HarGharTiranga’ campaign by ensuring that 1.25 crore houses hoisted the National Tricolour atop their houses, Chief Minister Basavaraj Bommai has announced several new schemes pertaining to sanitation, nutrition and for the well-being of farmers, labourers as well as soldiers from the State to mark the Platinum Jubilee of the country’s 76th Independence Day. 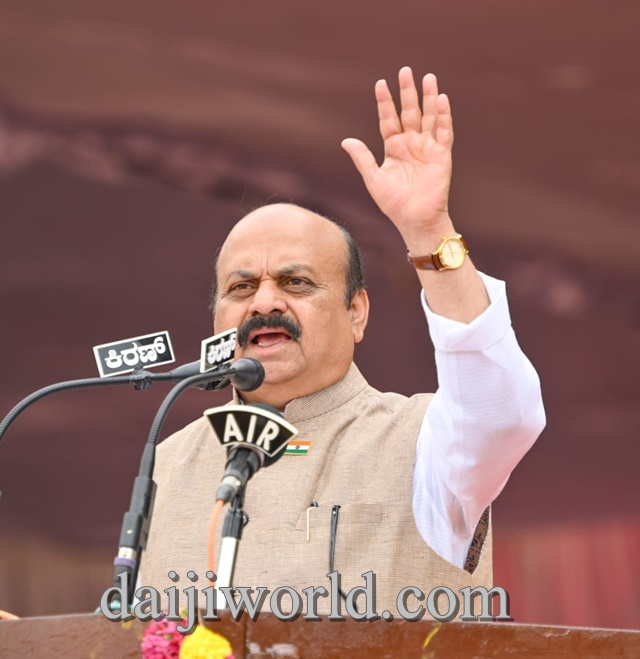 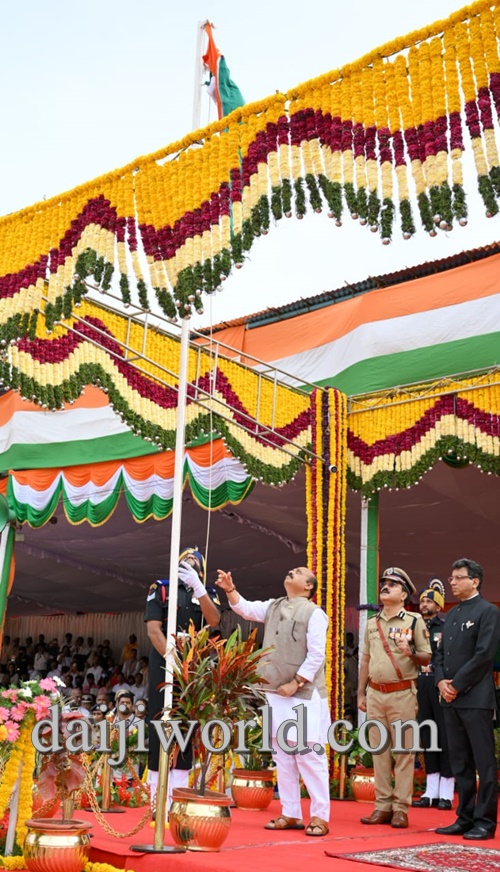 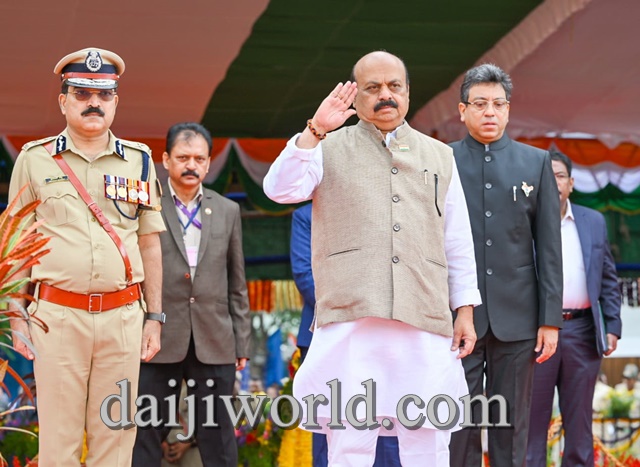 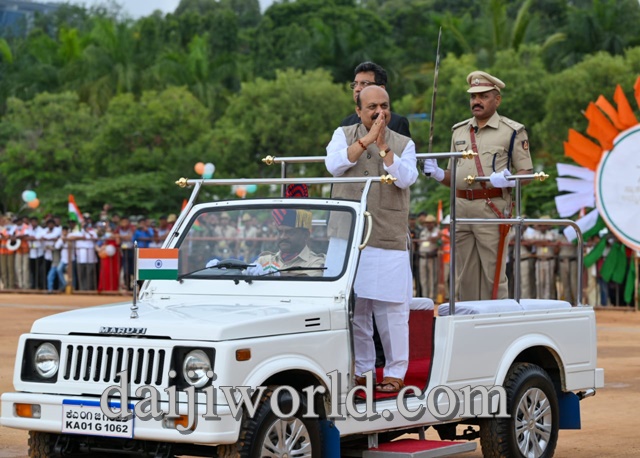 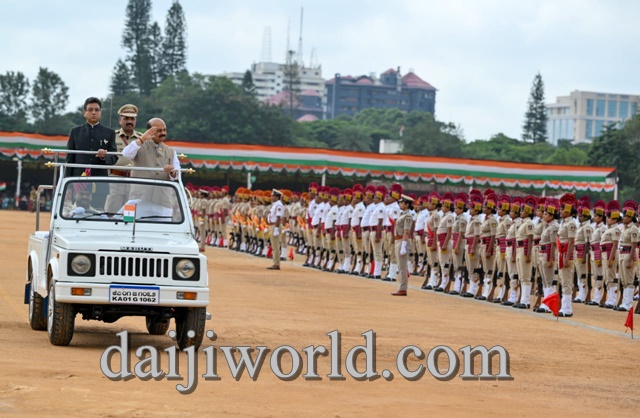 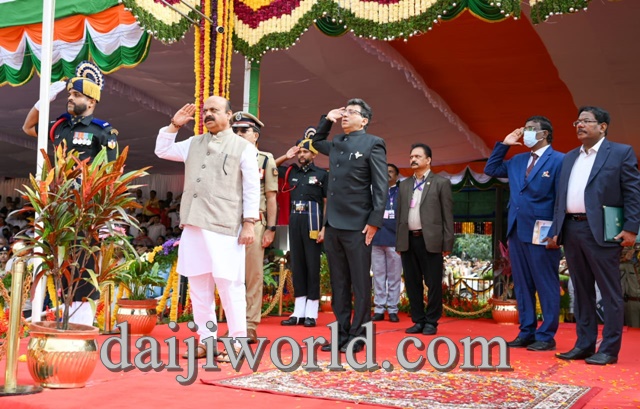 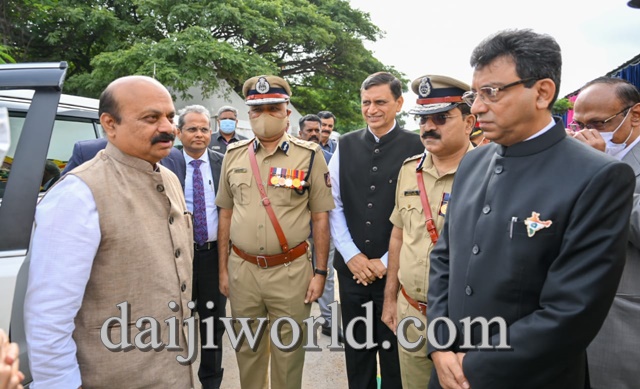 Addressing the gathering after hoisting the National Flag at the Independence Day at the Field Marshal Manekshaw Parade Grounds and inspecting the parade by the armed forces as well as police, home guards and NCC cadets in Bengaluru on Monday, the Chief Minister said a Rs 250 crore programme for achieving 100% toilet coverage in all government schools and colleges to ensure a clean and hygienic environment.

The other schemes announced by Bommai are:

• Launch of loan-cum-subsidy scheme of up to Rs 50,000 to support potters, blacksmiths, carpenters, sculptors, bhajantris, basket weavers, vishwakarmas, madars and other artisans;

• Opening of 4,050 new anganawadis based on the requirement with a special focus on dwellings of landless labourers to ensure children of 16 lakh families with nutrition and early education and thereby create job opportunities to 8,100 women; and

• Provision of a government job to a member of the family of soldiers from the duty who die on duty on compassionate grounds to provide security to the family.

In his speech after inspecting the Independence Day parade, the Chief Minister said: “We cherish the ones who made our independence possible. Freedom is hard to get, but we were blessed to have it. Let’s appreciate everything we have and celebrate the great miracle of freedom.’’

He said it is the bounden duty of all citizens to recall rich contributions and sacrifices made by freedom fighters for the liberation of the country from clutches of colonial rule. “A large number of freedom fighters laid down their lives to liberate India from the British administration. The contributions and sacrifices of Mahatma Gandhi, Subhas Chandra Bose, Sardar Vallabhbhai Patel, Bhagat Singh Maulana Abul Kalam Azad, Jawaharlal Nehru and many others are historic. In Karnataka, much before the freedom movement began, Kittur Veera Rani Channamma and Veera Sangolli Rayanna and many others fought against the British.’’

“Efforts of all those who led the country so far in solving complex challenges soon after the country’s freedom should be appreciated. Prime Minister Narendra Modi is driven by a sense of public service. He has been toiling every second for the country’s welfare so that India becomes a Vishwa Guru,’’ he said and hailed Modi for showing ``a new direction to the development path.’’

He made it clear that his Government is working under the guidance of the Prime Minister with an objective to build a new and vibrant Karnataka. Our motto is to build ‘New Karnataka for New India.’

“We are threading that path with dedication and determination. We have set an ambitious target for ourselves. We want to empower Karnataka to make a contribution of at least one trillion dollars to realise Modi’s dream of transforming India into a 5 trillion economy. The Government is working hard in this direction,’’ he said.

The State Government has set apart a sum of Rs. 112 crore under Amrit Skill Development Training Scheme to impart training in skill development to 75000 youth of Scheduled Castes and Scheduled Tribes for a period of two years. So far, about 60645 youths have been successfully trained. The Government has sanctioned Rs 225 crore for the Amrit Farmers Producers Organisation scheme.

Bommai narrated the details of a host of schemes launched by the government under Amrit Yojane to mark the country’s platinum jubilee of Independence besides taking steps to ensure timely implementation of various programmes announced in the State budget for the year 2022-23.

Several important measures have been taken up for the development of schools infrastructure. For the first time in the history of the State, action is taken to construct 8101 classrooms at a cost of Rs.1412 crore and 15,000 teachers are being appointed in order to provide quality education with 5,000 in Kalyana Karnataka region.

The Chief Minister said the government has adopted the mantra of 3 Es for Equal Society. The 3 Es are: Employment, Education and Empowerment for the up-liftment of Schedule caste, Schedule Tribe, Backward Classes, Women and Minorities.

The Government aims to create a suitable environment for these people to lead a self-sufficient life. Several programs have been introduced for the development of the labourers in the State. Mobile clinics have been launched for the help of building construction workers. Scholarship program has been started for their children to encourage education. Rs 462.12 crore has been disbursed to 2.97 lakh students through DBT, he said.

Bommai said the government has given to develop airport, railway network and highways to promote trade, industries, exports and tourism in the State. Construction of Shivamogga, Vijayapura and Hassan airports are in progress. Administrative approval has been given to develop civil enclave in Navy airport in Karwar and Raichur airport. Rs. 50 crore has been released for upgradation and run-way extension of Mysuru airport.Land acquisition is in progress for 5 new railway lines including Dharwad- Kittur- Belagavi line.

“Karnataka is known for harmony and peace. The State Police, one of the best in the country are bound to protect the law and order situation in the State. The efforts to disturb the peace and harmony will be dealt with sternly. There is no room for anti-social elements,’’ he said affirming that the Government is always committed to protect State’s interest, when it comes to the land, water, language issues.

The Amrit Mahotsav of independence is an important milestone in course of progress of a country. It is time to pause and take a look at the path we covered and the course of action for future, he said emphasizing that people’s participation is very important for these programmes to succeed.

“Karnataka is at the forefront of Development in the country. Let us all make Amrit Sankalp to build prosperous Karnataka for Strong India and realize this in the next 25 years,’’ he asserted.