Bengaluru, Aug 14 (IANS): The national parties in Karnataka, ruling BJP and opposition Congress are preparing for the upcoming Assembly elections on a war-footing basis. Both the parties are presuming that they will come to power again in 2023. But, experts and analysts are of the opinion that it won't be just a straight fight between BJP and Congress.

Janata Dal (Secular), the regional party and the Aam Aadmi Party (AAP) are all set to upset the calculations. Even, Social Democratic Party (SDPI) may hurt the national parties, according to political analysts. 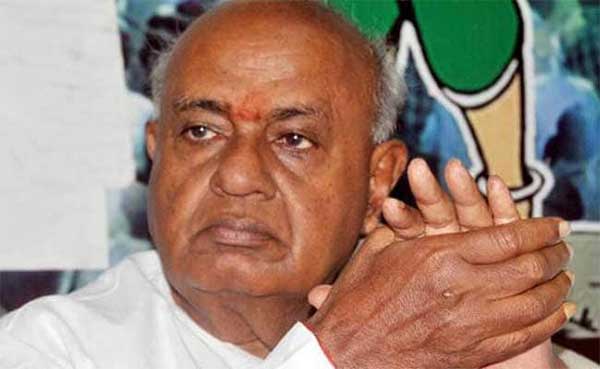 The JD(S) under the leadership of former Prime Minister H.D. Deve Gowda is confident of playing a king-maker's role. AAP is even more confident that through its novel agenda and approach towards the elections, it will be able to make a significant mark in these elections. The SDPI cadre is also working tirelessly to hurt the national parties as much as possible.

Rangothri Kumar, JD(S) Spokesperson explained that in the 2018 elections, the party lost 40 to 50 seats in the margin of 7,000 to 2,000 votes. "We have already given a recovery task. Ruling BJP is under the wrong assumption that RSS cadres will take care. Everyone knows about the opposition Congress' infighting. They don't know to whom B-forms are given. On top of it they are inviting candidates from the outside. The leaders who worked all these days will never let the new candidate win. It will prove to be beneficial to us," he explains.

The national leaders of the Congress party are being questioned by the Enforcement Directorate (ED). Congress State President D.K. Shivakumar is also being called for investigation. Since, Lokayukta is reinstated by the High Court, the denotification cases against Opposition leader Siddaramaiah will come out. The Congress will not have any face to come before the public, Rangothri Kumar explained.

"Ruling BJP has tie-up with the JD(S) in Mysuru City Corporation, likewise ties have been forged at many places. How can they even show BJP leaders in Mysuru. GST was thought by the Congress party and implemented by the BJP.

"People are suffering, BJP is going to people with issues of flag, religion. We will go before the people with an appeal of humanity. There is a movement slowly taking shape in the country. Bihar was just a beginning," he said.

Darshan Jain, State Joint Secretary of AAP, while speaking to IANS, said that the upcoming Assembly elections is a fight between the common man and the existing corrupt system. The situation during the 2018 Assembly polls was totally different from what it is now.

He stated that AAP has a strong presence in more than 200 constituencies and more than 70 candidates have already been identified. There are candidates queued up for all constituencies. AAP has offices in every nook and corner of the state from Hanur in southern tip of Chamarajanagar district in Karnataka to Bidar in north.

Mangaluru in Dakshina Kannada district, which is considered as a bastion of BJP and laboratory of Hindutva, the AAP is steadily growing. "I can tell confidently that the AAP will wrestle Mangaluru City Corporation. In Mysuru, Hassan, Mandya districts, which are considered a stronghold of JD(S), people are joining in thousands," Darshan Jain said.

AAP is fielding its candidates four months before the state Assembly elections. Surveys are encouraging. Politicians of one party in the state are dependent on one family. Every unit of the party is divided in factions, he says.

Darshan Jain maintained that the JD(S) is not taken seriously by the people. "Former PM H.D. Deve Gowda is inactive. Former CM H.D. Kumaraswamy, Deve Gowda's son, is not in a position to handle and he can't be consistent with his stands.

"BJP has waived off Rs 5 lakh crore tax money to help their aides. However, a small petty shop owner, crushed by Corona, is looking for help. We will get the biggest vote share of BJP in the state. Surveys are showing that AAP has 30 per cent vote share. Women and youth will be given good representation," Darshan Jain explained.

Basavaraj Sulibhavi, an activist and political analyst says that the JD(S), AAP and SDPI's contest will help the ruling BJP. Sources explained that the ruling BJP after sidelining former CM B.S. Yediyurappa won't hesitate to pledge ties with regional party JD(S) in case of a shortage of majority.

Opposition Congress is fully confident that the BJP will get decimated in the upcoming elections and it will have a clear majority in spite of infighting. The Karnataka Assembly polls will witness a bitter fight between not only the national parties but regional and small parties will also put up an intense show.