Udupi, Aug 14: The Rashtriya Lok Adalat was held at the various courts of Udupi, Kundapur and Karkala under the directive of Karnataka State Legal Services Authority, on Saturday, August 13 and 20,444 cases were resolved.

A couple, which was living apart for 13 years, decided to live together, owing to the future of their daughter, due to the intervention of judges and lawyers. 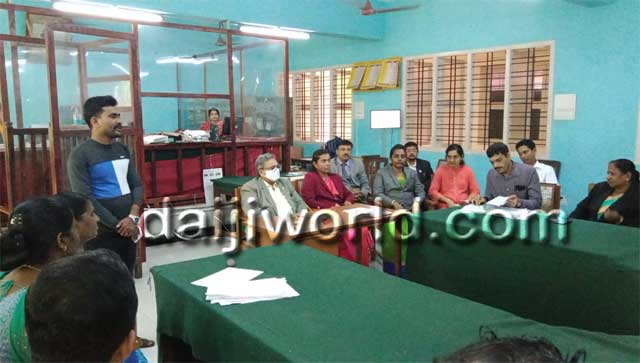 Two brothers got the issue of Rs 15 lac payment, which was 16 years old, resolved in compromise and expressed happiness.

A 35-year-old feud between the relatives over the partition of property, an inquiry of which was held and decision was kept pending for August 19, 2022.

There were 25 parties in this case. All agreed to take the share mentioned and also leave a land for a way to others in the presence of the chief district and sessions court judge.

Two couples who had marital discord, got together again in the Lok Adalat.