Bengaluru, Aug 11: Expressing concern over the rise in Covid positivity rate in the State, Health and Family Welfare Minister Dr K Sudhakar has lamented that barely 17% of the people have taken the Covid third precautionary or booster dose despite being provided free.

Speaking to media persons in Bengaluru on Thursday, he said it is in the interests of the people to take the Covid precautionary or booster dose.

“Not taking the booster dose of the COVID-19 vaccine even when it has been made available free for everyone amounts to negligence and we as responsible citizens, must avail booster shot to enhance immunity” he said.

The minister urged the younger generation to take the responsibility of getting their families vaccinated. “Make sure you and your family get the booster dose,” he said. 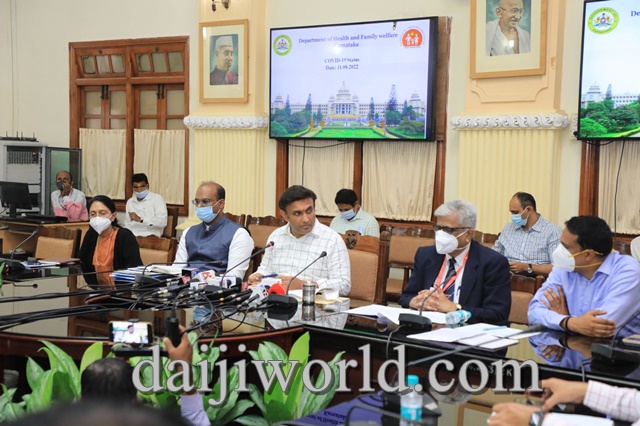 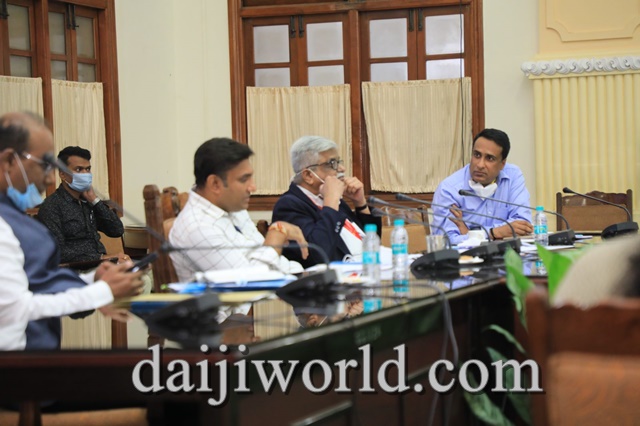 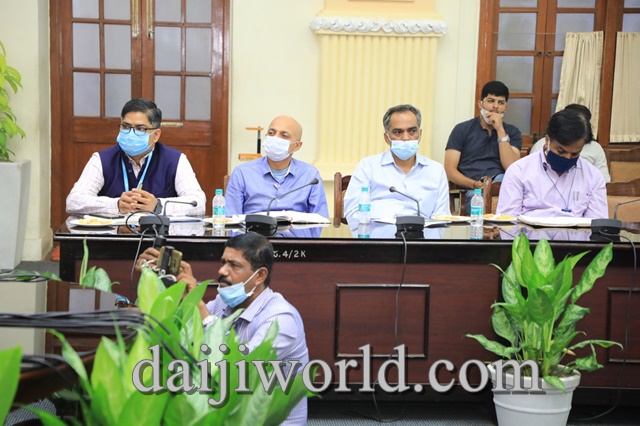 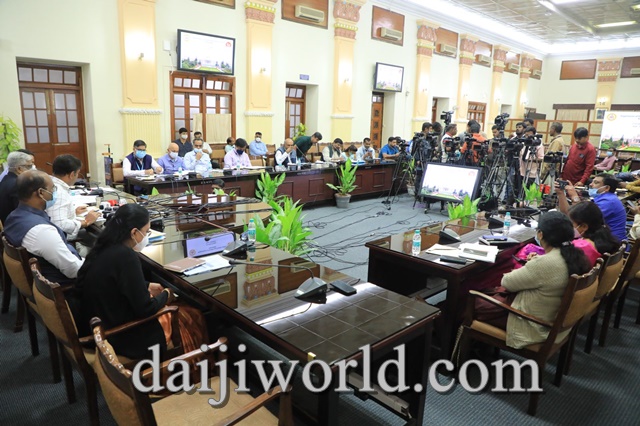 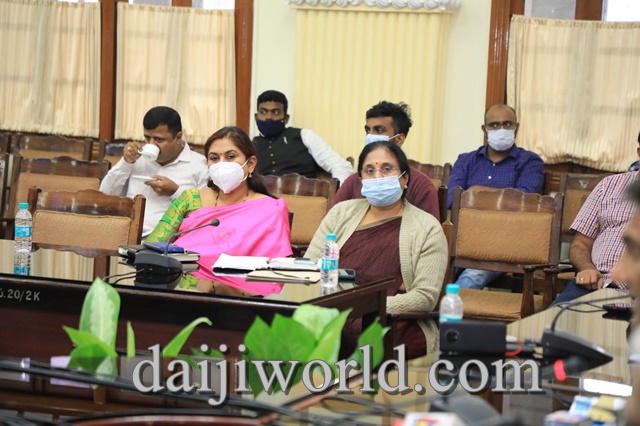 Expressing his disappointment, the minister said despite 100% completion of the initial two doses of the COVID-19 vaccine, only 17% of people have taken the booster dose.

He also stated that the reason for low coverage was that many had become complacent and overconfident that nothing would happen to them as they had survived the previous COVID-19 waves.

Experts across the world have said that the immunity decreases or wanes after 6 to 7 months of taking the vaccine and the booster dose would be required to boost immunity again. The booster dose helps reduce hospitalizations and deaths, said the Minister.

Dr Sudhakar stressed the need for those above the age of 60 and those with comorbidities to take the booster dose stating that most COVID-19 deaths in recent days has been in those who had other comorbidities that worsened the effects of COVID-19.

Mask in public places mandatory, no decision on fine

He declared that the wearing of masks has been made compulsory in public places. However, no decision has been taken on enforcing fines so far, he said.

Dr Sudhakar mentioned that wearing masks and following the social distancing norms in necessary in the interests of individual and public safety. It is also a precaution as people cannot afford to be lax.

Answering questions, the minister made it clear that the State Government has no plans to impose any restrictions on social, cultural or economic activities. “We will review the situation and action if necessary. At the same time, it is necessary to be vigilant and have not reached the stage of imposing curbs,’’ he said.

He explained that Corbevax has been given approval by the union government for use as the booster dose and it would be inaugurated on Friday.

Corbevax could be taken as the booster dose irrespective of whether an individual had taken Covaxin or Covishield for their first and second doses.

Dr Sudhakar also asked COVID-19 patients above the age of 60 and with comorbidities to go to a hospital or a doctor and seek treatment.

“This is just an advisory and not a mandatory thing that has to be done,’’ he clarified.

“Every hospital must treat COVID-19 patients in isolation wards. I have received many complaints that many hospitals denied treatment like this. This is not just inhumane but also illegal. If any such complaints are received, strict action will be taken under the KPME and Epidemic act,’’ he warned.

On the monkey pox danger, the minister said the Technical Advisory Committee (TAC) had taken a comprehensive view of the whole situation.

“Till now, a total of 9 cases, 5 in Kerala and 4 in Delhi have been detected. As of now, we haven't seen even a single case in Karnataka, however, surveillance and necessary precautions are being undertaken at the border districts. Hospitals have been prepped up with all the necessities,” he said.

Minister Sudhakar also stated that the TAC discussed other vector borne diseases such as Dengue, Malaria, H1N1 and Chikungunya and said there is an uptick in the number of such cases except malaria due to heavy rains and floods that Karnataka recently witnessed.

Most of the cases were detected in the BBMP area within Bengaluru Urban, Mysuru, Udupi, Dakshina Kannada and Hassan districts, he said.

He also informed the COVID-19 TAC would be further expanded in the future to look at Malaria, Dengue and public health as a whole in Karnataka and entomologists and microbiologists will also be included in the TAC for this.