Kundapur, Aug 11: “Contribution of Congress in the struggle for India’s freedom is immense. Ours is the lineage of Gandhiji, who was in the forefront of freedom fight. However, those who wrote apology letter to the British and the party who adores Godse who killed Gandhiji, have planned massive campaign on the eve of the 75th anniversary of Indian independence. How relevant is their campaign?” questioned senior Congress leader and former minister Vinay Kumar Sorake.

Sorake was addressing the gathering after the foot march which was held from Neralakatte to Tallur as part of 75th anniversary of Independence Day. 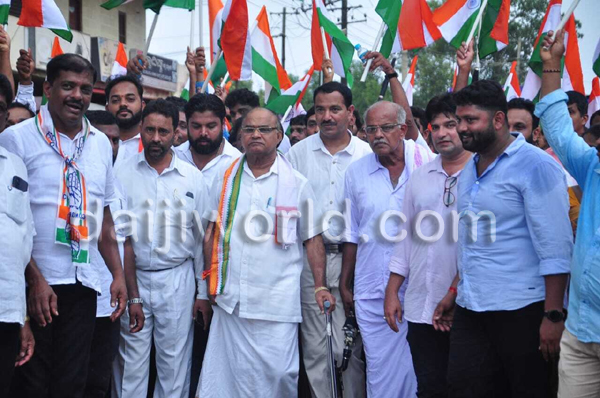 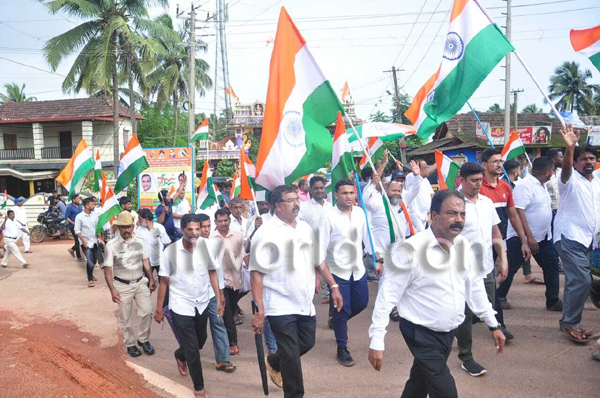 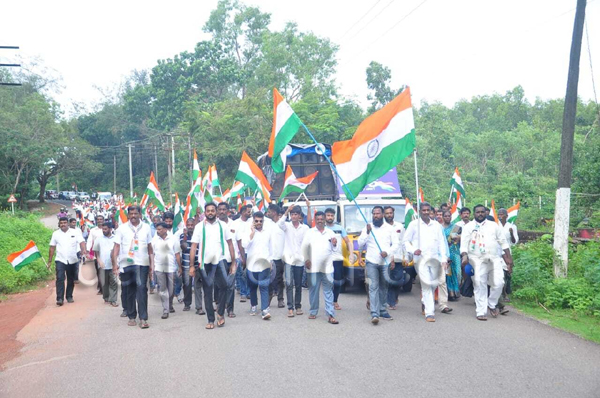 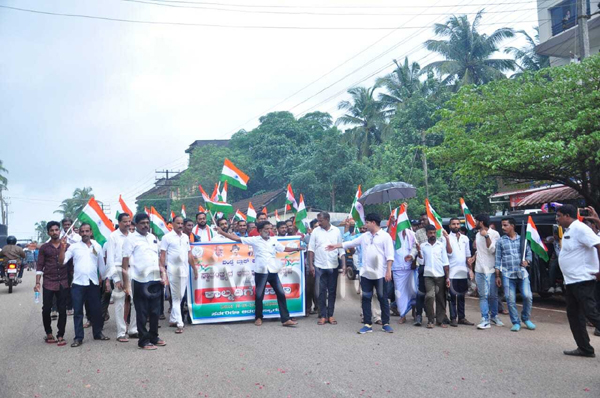 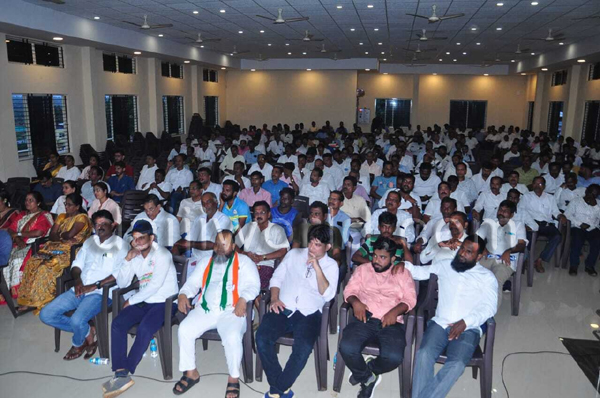 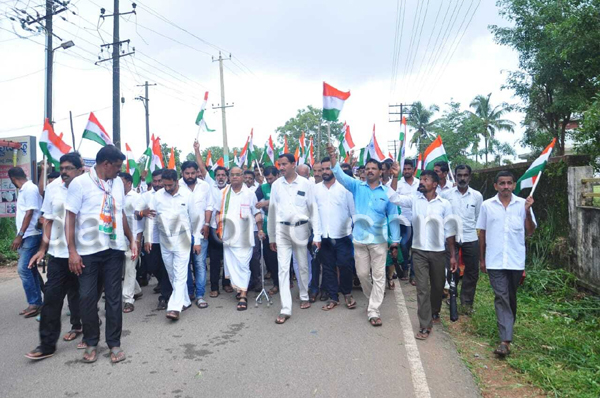 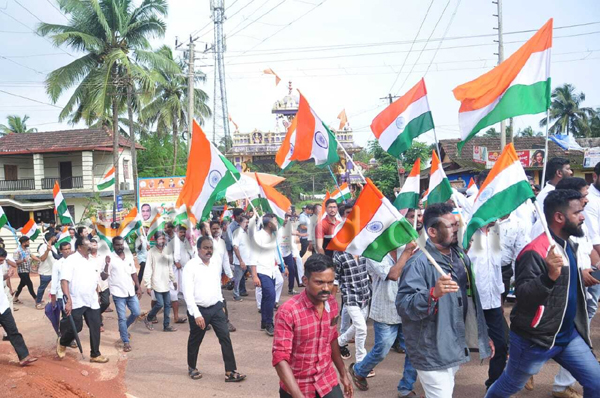 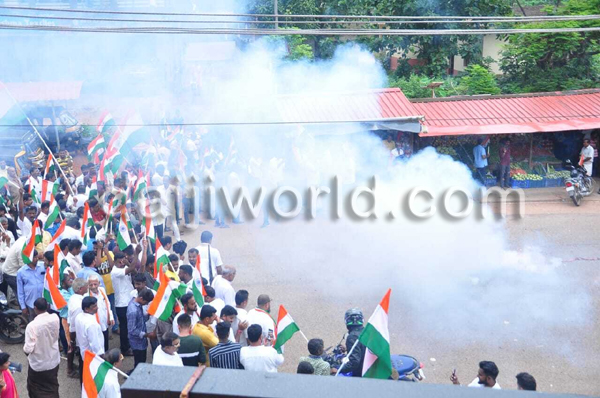 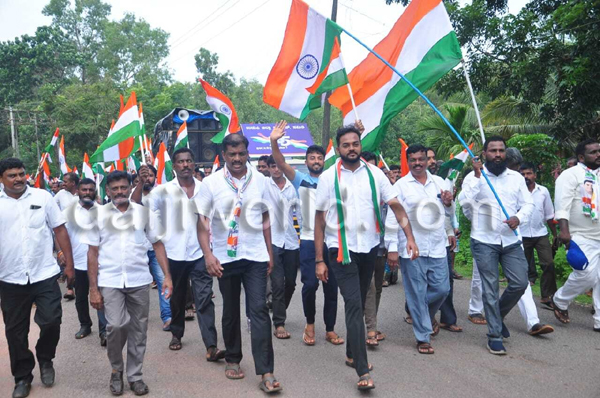 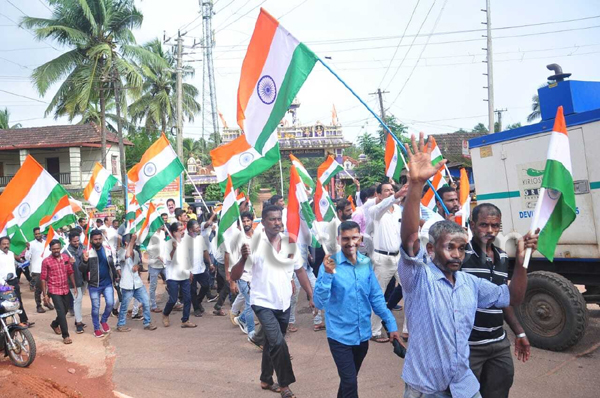 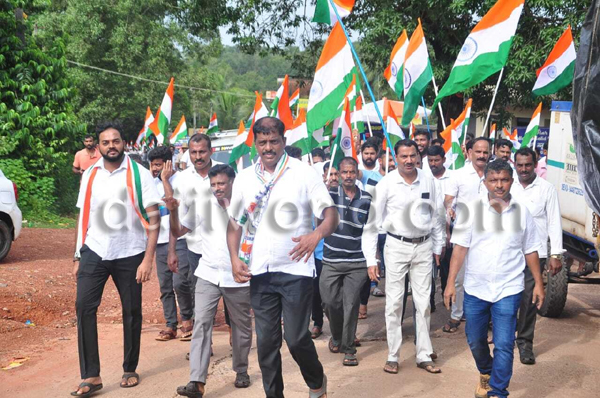 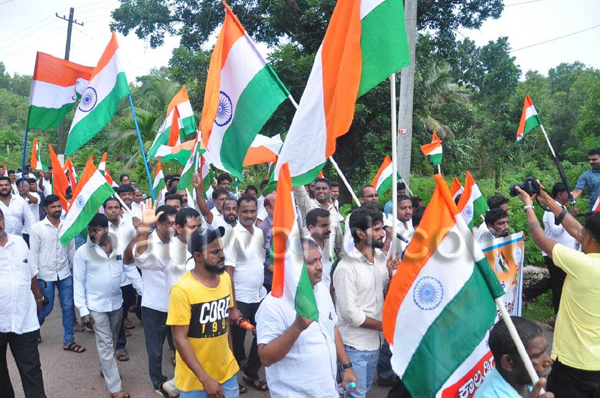 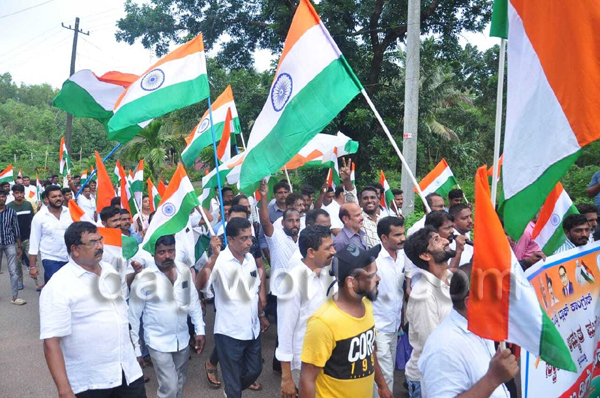 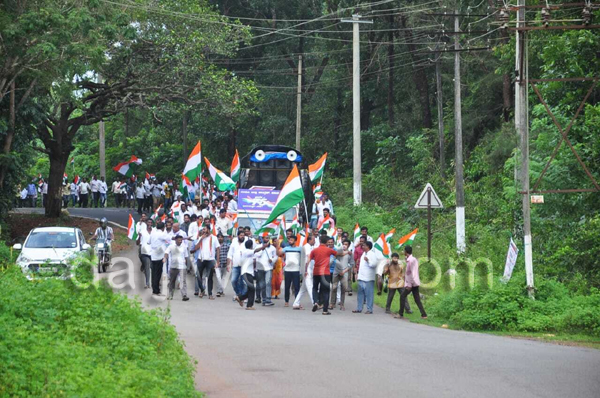 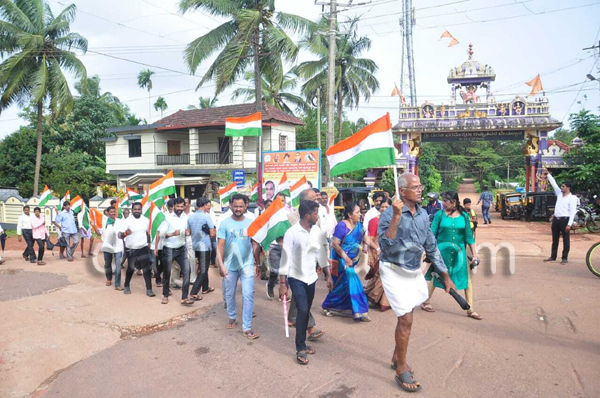 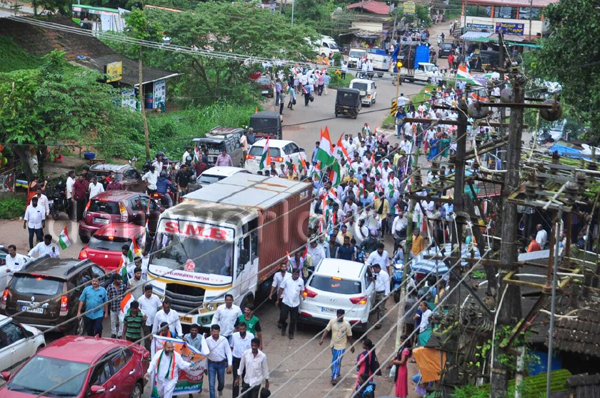 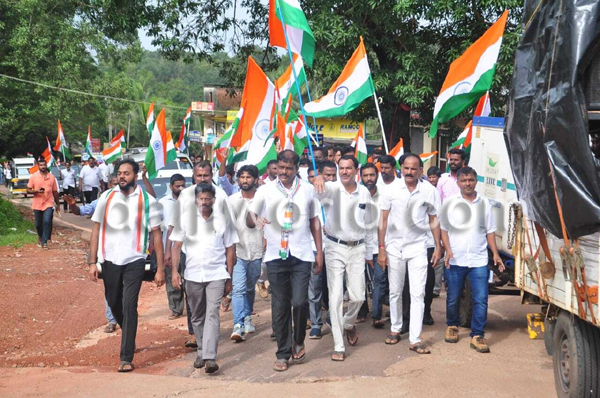 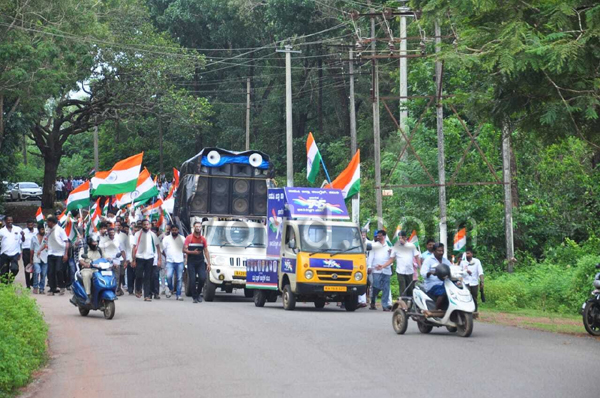 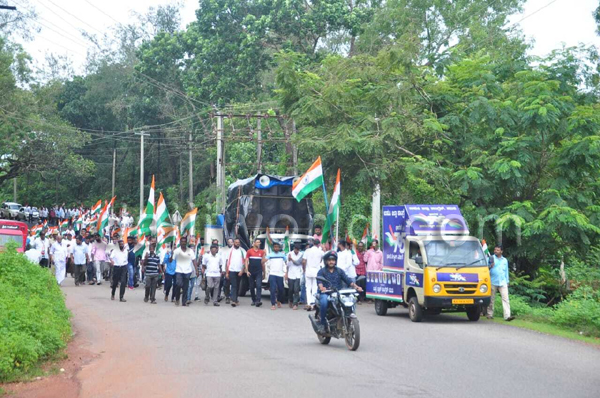 Vinay further said, “Every citizen of India should recall the history of India and the names of those who have fought for our freedom. Mahatma Gandhi taught that it is possible to reach people only through foot march. We are following his message of peace, communal harmony and peaceful coexistence. Everyone should feel unity in diversity. We have to let go animosity and fill the crater created in society by vested interests.

“Though there are various castes, religions and languages, we should break the walls between them and face them towards social justice. Congress party has taken a revolutionary step in this regard. However, BJP is trying misguiding people keeping emotional issues in the forefront,” he said.

Speaking on the occasion, former MLA of Byndoor K Gopal Poojary said, “Two block leaders of Vandse and Byndoor of Congress have successfully organized this programme. This has strengthened the party further. Let us all put in our efforts bring the Congress back in power in the state under the idea of collective leadership.”

More than expected numbers of workers took part in the huge foot march that passed from Neralakatte-Karkunje to Mavinakatte, Karki, Hattiangadi before culminating at Tallur.