Mangaluru, Aug 9: The Surathkal Toll Gate Protest Committee accused that the contract of collecting toll illegally at the toll gate is extended by one year. However, the NHAI officials have neither confirmed nor denied this.

NHAI project officer Linge Gowda said that he does not have any official information about the renewal of toll collection contract at Surathkal toll plaza. So he is unable to give any picture on the same.

Munir Katipalla, president of committee against toll collection at Surathkal toll gate, said, “Rumous were making rounds on social media that MP Nalin Kumar Kateel will announce the closure of 'illegal' collection of toll at Surathkal plaza as a gift for platinum jubilee of India’s independence. Public also expected the same. However, this turned out to be hoax. The contract is renewed for a year more.” 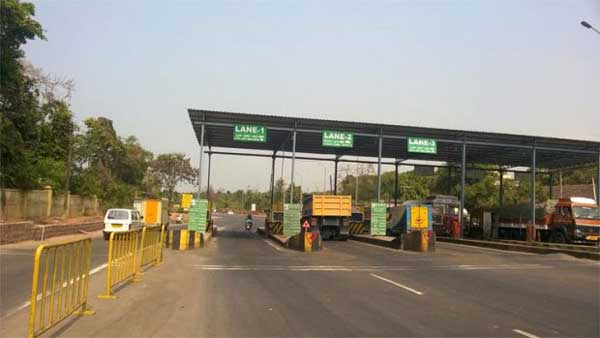 “The process of contract renewal is over on Monday, August 8. The earlier contractor was given the target of collecting Rs 13 lacs toll every day. This is now reduced to Rs 12 lacs. This will fatten the wallet of the contractor as well those who get commission from him,” said Munir.
Toll is being collected at Surathkal toll plaza since December 2015. B C Road-Padil-Surathkal national highway was built at a cost of Rs 181.50 crore under NMPT connectivity project.

On March 23, union minister Nitin Gadkari had assured that two toll gates cannot exist on national highways for a distance of less than 60 km. He had aid that if such toll gates existed, they would be cleared within three months. The distance between Hejamady toll plaza and Surathkal toll gate is not even 30 km. However, both are functioning.

MP Nalin Kumar Kateel said that toll gates of Surathkal and Talapady will be merged and another plaza will be established near NMPT in order to collect toll for heavy vehicles. But it is not implemented yet.