Udupi, Aug, 8: The department of food and civil supplies and consumer affairs of the Karnataka government has ordered release of 300 litres of kerosene per boat per month for ten months to 8,030 mechanised traditional boats excepting for the two months of prohibition period.

This order should be implemented by the end of August demanded Anand Kharvi, president, Karnataka traditional Nadadoni fishermen federation on Monday, August 8. 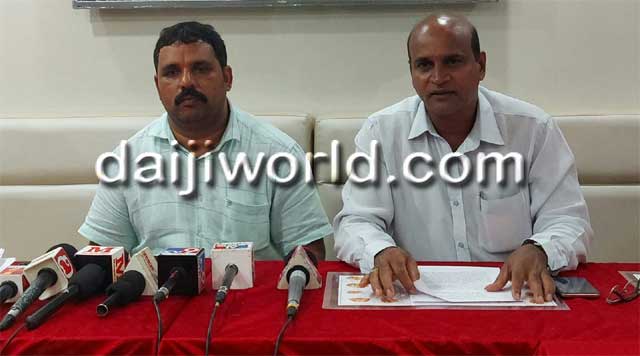 Speaking at a press meet held here, he said, “the state distributes 300 litres of kerosene (at a subsidized rate of Rs 16.50 a litre) to all the 4514 motorised fishing boats every month. There are 990 boats in Uttara Kannada, 2610 in Dakshina Kannada, 914 in Udupi. At present, a total of 8030 licensed boats are operating in three districts, out of which 1345 of them are in Dakshina Kannada, 4896 in Udupi and 1789 in Uttara Kannada. But they have not raised the quantity of kerosene supply.”

A total of 24,090 kilo litres of kerosene is required to run traditional boats every year. The federation has urged the state government to increase the quantity of kerosene and the state government has issued a revised order responding to the demand. “This order should not remain only on paper but it should be implemented by the end of this month,” Kharvi said, adding that the quantity will be of great benefit to the fishermen especially during this season.