Kundapur, Aug 8: Four cows which were grazing in a barren paddy field died as they came in contact with a live electricity wire which had snapped. This incident is reported from Harkur under Alur gram panchayat limits on Sunday August 7.

Veterinary doctors and Mescom officials visited the spot and are investigating. 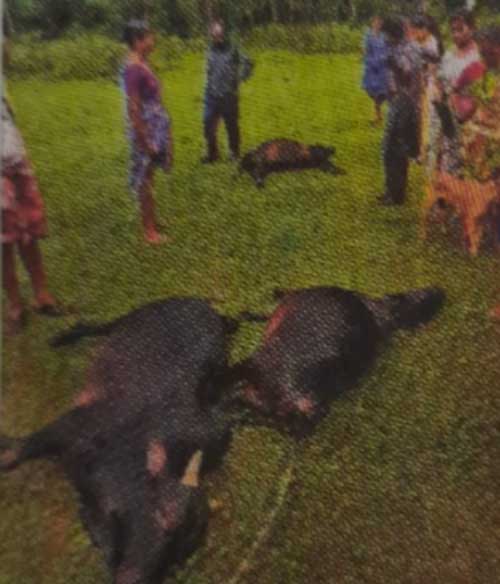 The wires are said to be too old and were not replaced. That caused the death of the animals as per the rage expressed by the villagers against the Mescom officials.