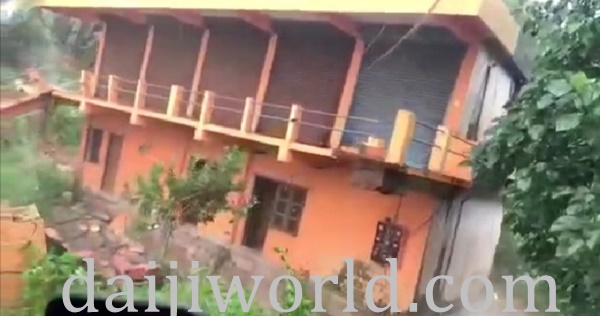 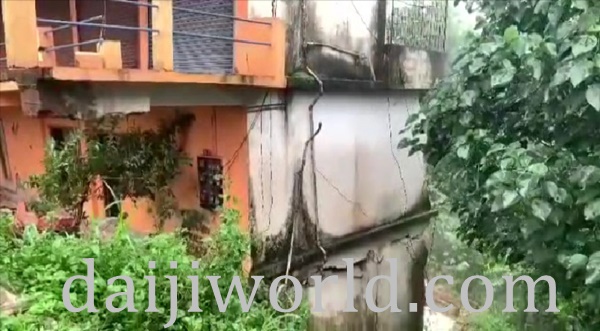 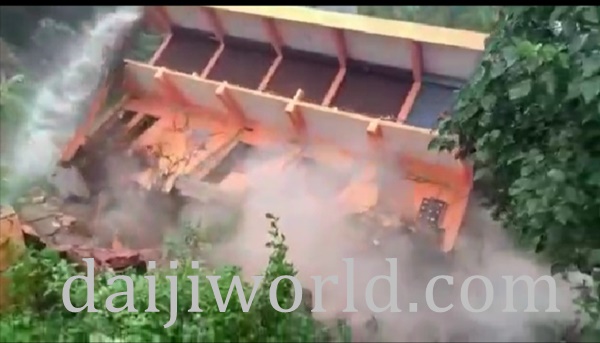 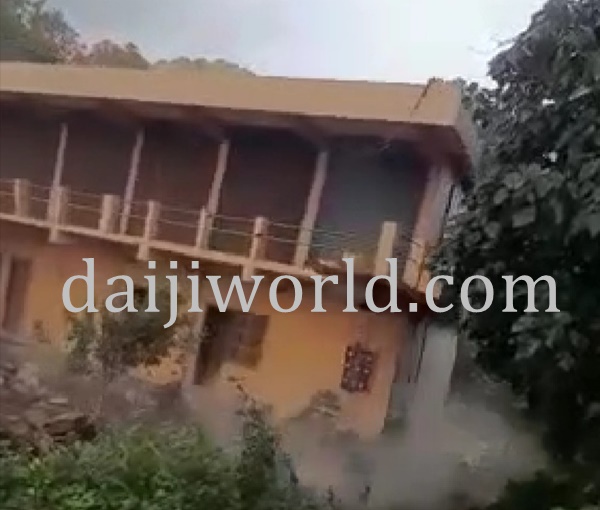 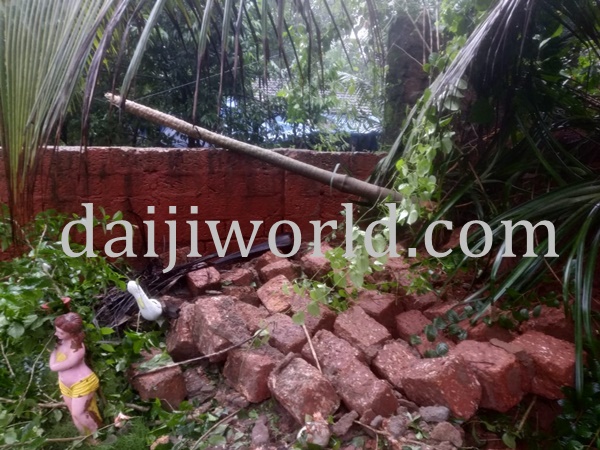 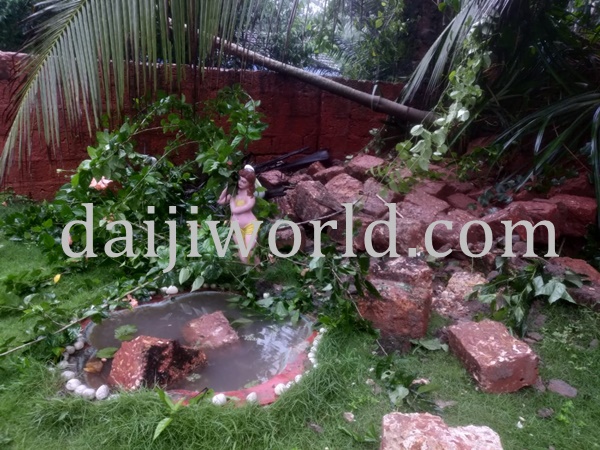 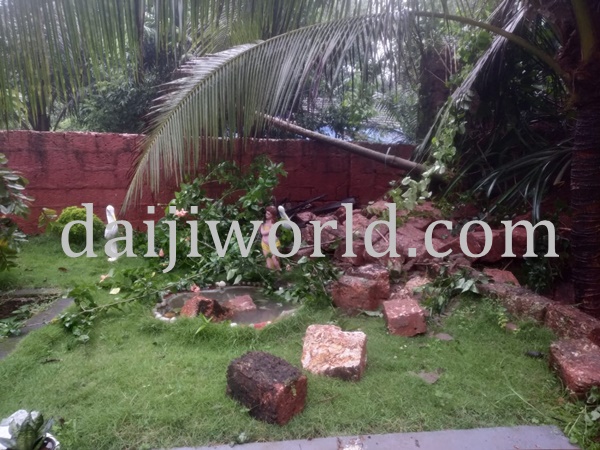 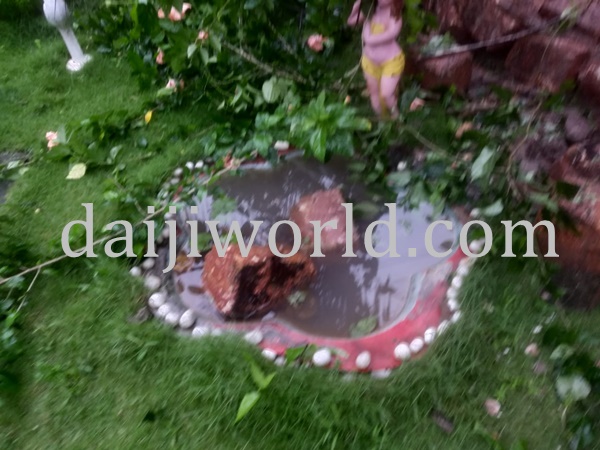 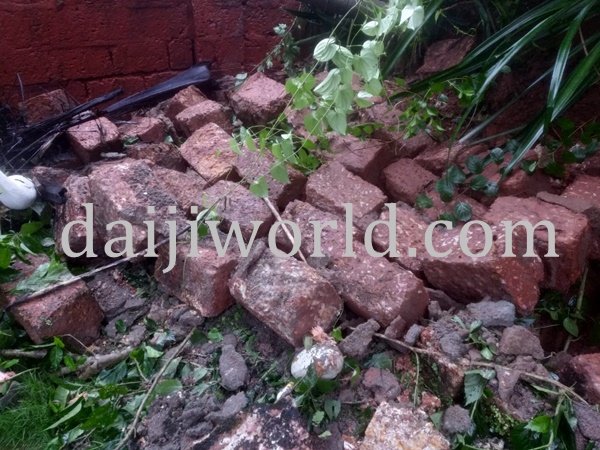 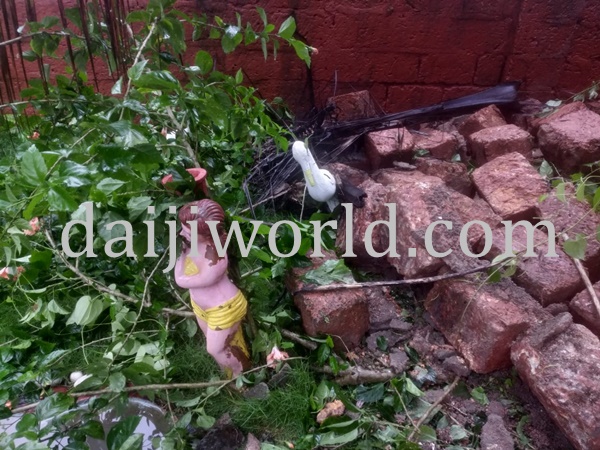 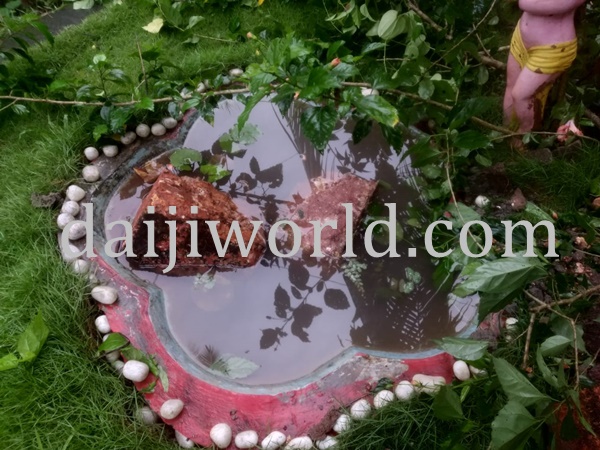 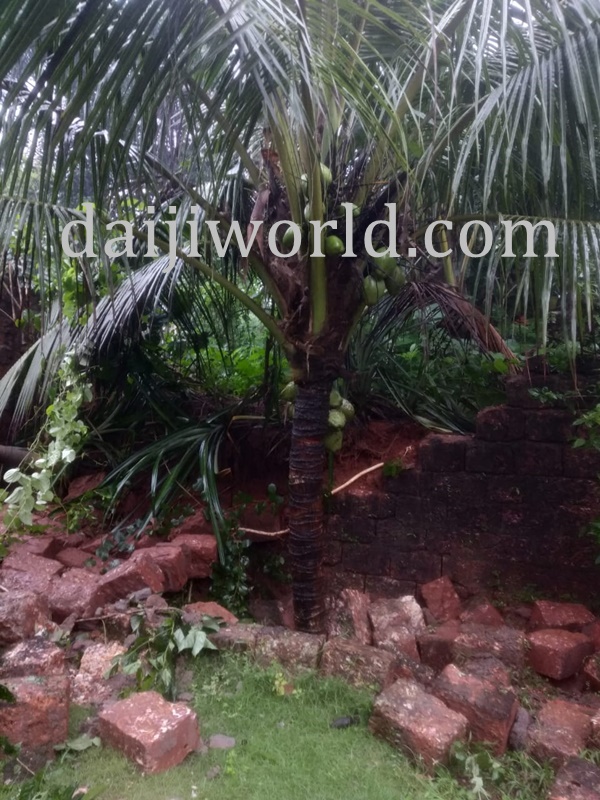 It is said that cracks had developed on the building due to heavy rainfall. Hence, the residents of the building were shifted to safer places.

As the administration has taken precautionary measures, a major tragedy was averted. None was injured in the incident.

Meanwhile, a compound wall of a house collapsed into a neighbouring premise belonging to couple Allwyn Santhosh and Dafney Sequiera damaging a lawn and fish pond in the garden in Bekoor of Uppala-Kaiakamaba. However, no casualties were reported.

An areca tree also collapsed with several bricks and a mound of hill. Some idols in the lawn were also damaged in the landslide.