Bengaluru, Aug 7: Cow is revered as a mother in India. But a psychopath has exhibited worst kind of pervertness by biting the udder of cows and also torturing them.

Manjunath (34), a native of Maddur is the one who has been arrested by the police. He used to pick on the cows which were let out for grazing. He used to drag the cows to a bush and show his pervert nature. Manjunath used to bite the udder of the cow repeatedly. Many a times he used to cut the tail of the cow also. 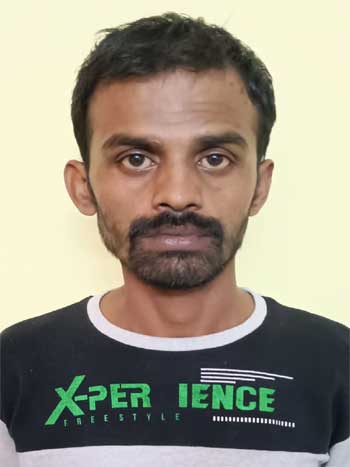 Cow owner Shashikumar filed a complaint about the harassment meted out to the cows. Accordingly, Chandra Layout police arrested Manjunath.

Shashikumar, a resident of Nayandahalli is involved in dairy farming. He used to take his cows to the Bangalore university campus in the morning and leave them for grazing and bring them back in the evening. Manjunath used to torture the dumb animals when owner Shashikumar was not there.