Udupi, Jul 5: In an accident that occurred at Ambalpady junction in the city on Tuesday July 5, a student of a private school was seriously injured after a tempo hit him.

Aditya P Shettigar is the student who was seriously injured in the accident. Social worker Vishu Shetty, who got information about the mishap, rushed to the spot and took the boy to Kasturba Hospital Manipal for higher treatment. As per reports he is in critical condition. 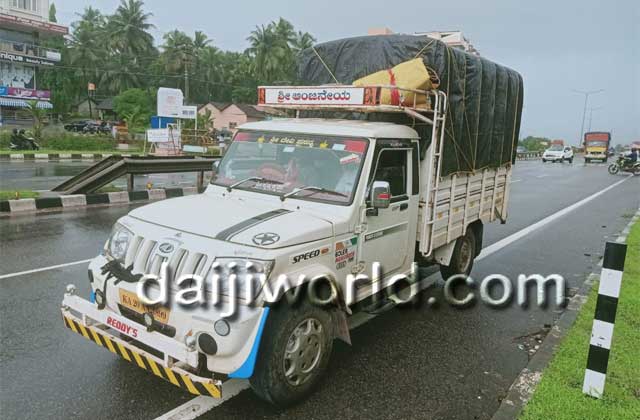 It is said that negligent and high speed driving by the Bolero driver is the cause of the accident. A case in this connection is registered in city traffic police station.

Though holiday was declared for school due to incessant rains, Aditya did not have the information and was going to school as usual on his bicycle when the mishap took place.