Edgbaston, Jul 5 (IANS): Chief Executive at Edgbaston, Stuart Cain, has been forced to issue a public apology on behalf of Warwickshire County Cricket Club and Edgbaston Stadium after several Indian supporters were reportedly racially abused on the fourth day of the rescheduled fifth Test between India and England on Monday.

Cain said he was "gutted" by reports of racist abuse and is "working hard" to make the stadium a safe place.

"I'm gutted by these reports as we're working hard to make Edgbaston a safe, welcoming environment for all. Having seen the initial tweets, I've spoken personally to the gentleman who raised them and we're now speaking to the stewards in this area to establish what happened," said Cain. 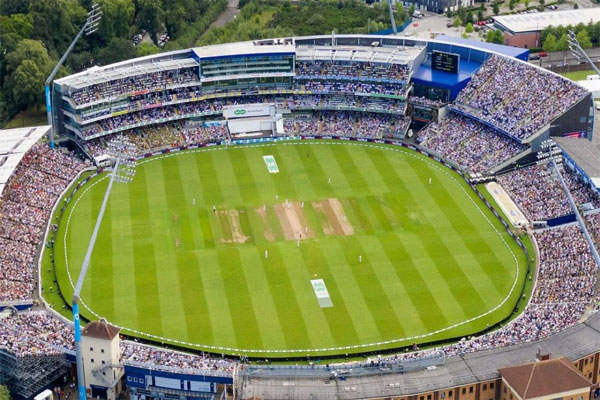 "Nobody should be subject to any form of abuse at Edgbaston. So, once we've got all the facts, we will make sure this issue is addressed swiftly," added Cain in a statement posted on the club's website.

A report in the Guardian said on Tuesday that an inquiry will be launched into allegations of racist abuse aimed at spectators of the "visiting side", who were "literally in tears".

Social media was abuzz with reports of severe racist abuse targeting fans supporting India, with a twitter user pointing out where inside the Edgbaston stadium the alleged incidents took place. "Racist behaviour at @Edgbaston towards Indian fans in block 22 Eric Hollies. People calling us Curry C**ts and paki bas****s. We reported it to the stewards and showed them the culprits at least 10 times but no response and all we were told is to sit in our seats. @ECB_cricket," tweeted a fan.

"We were also fearful of our safety for women and children but no assistance when we left. This is unacceptable in todays society @BCCI #ENGvIND," tweeted another fan. Several of the tweets were re-tweeted by Pakistan-origin cricketer Azeem Rafiq, who had come out in the open last year against reported institutional racism inside Yorkshire County Cricket Club (YCCC).

Rafiq's revelations had led YCCC to sack almost their entire coaching and management staff and left Headingley on the verge of bankruptcy.

Reacting to alleged racial abuse suffered by Indian fans, Rafiq tweeted, "Today has been another reminder for the game & the naysayers who have been too busy attacking myself," adding in another tweet, "I hope @Edgbaston @WarwickshireCCC & @ECB_cricket will be reaching out to investigate & apologise."

Responding to Rafiq's tweets, a post on Edgbaston's official Twitter account said, "We're incredibly sorry to read this and do not condone this behaviour in any way. We'll be investigating this ASAP."

The England and Wales Cricket Board said, "We are very concerned to hear reports of racist abuse at today's Test match. We are in contact with colleagues at Edgbaston who will investigate. There is no place for racism in cricket."