Mangaluru, Jul 1: After heavy rains created artificial flood in the city on June 30, an Eel (Mari Mugudu) was found on the road in front of the First Neuro Hospital in Padil.

Later locals rescued the fish and freed it to the stream. The public said that due to a flood-like situation aquatic creatures like fish, snakes and others entered houses and roads.

As heavy rains lashed on Thursday in city, in several parts of the Dakshina Kannada, the day had turned chaotic. 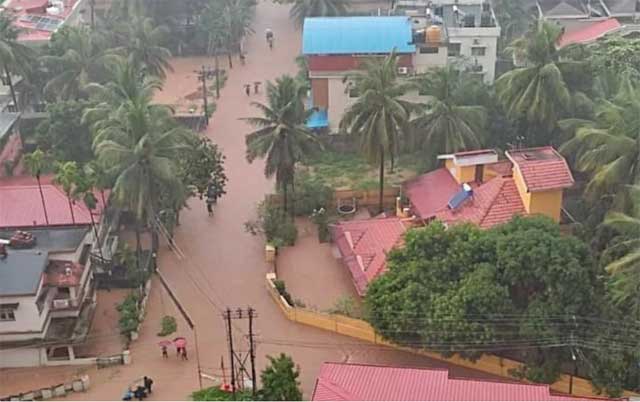 Vehicular movement was disrupted for a few hours on the National Highway at Kannur, Kottara, and connecting roads Malemar, Adyar, and other places. As the water level on the roads came down vehicular movements resumed.