The accused have been identified as Abdul Azeez (37) and Abdul Azeem (35), both residents of Manjeshwar Udyavar.

“Abdul Azeez is accused of leaving Aboobacker Siddik in the private hospital at Bandyod after murdering him. Rahim had helped the accused escape,” said the police.

“Clear details are obtained of the remaining accused and they will be arrested soon,” said SP Dr Vaibhav Saxena.

Meanwhile, Police have come to know that kingpins Rais and Shafi have fled to a foreign country. Ten people are involved in the crime and a special investigating team has extended its probe to Karnataka, Goa and other places. 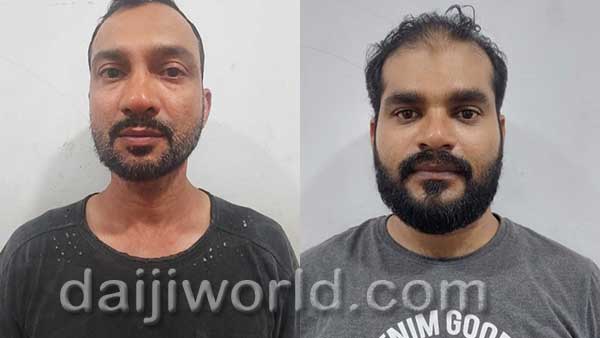 The investigating team has confiscated Rs 4 lac in cash from the Uppala house of an accused who had obtained quotation for the murder. Investigations have revealed that financial dispute is the cause of the murder. Police have collected information from the house at Paivalike, Noothila and the spot at Bolangala where the victim was abducted and murdered.

The post-mortem report has revealed that there was a huge blow to the head that had caused the death. Injuries to the chest and other organs were also noticed during the post-mortem.

The incident had happened on a Sunday. The gang that abducted Aboobacker Siddik, brother Anwar and relative Ansar brought them to the Paivalike, Noothila house and thrashed him. They brought the dead Siddik in a car, left him in a private hospital and fled. They left the injured Anwar and Ansar at Paivalike.

The gang had kidnapped Anwar and Ansar on Friday, thrashed and blocked their movements. The gang had forced the duo to hand over Aboobacker Siddik to release them.