Mumbai, Jun 22 (IANS): Stoutly denying that the Shiv Sena had discarded Hindutva, Maharashtra Chief Minister Uddhav Thackeray on Wednesday said that he is ready to quit his post and also as party chief provided the rebels come and talk to him face-to-face.

In a direct challenge to the group of rebels led by Minister Eknath Shinde who are presently in Assam, Thackeray said under the present situation, "my own (Shiv Sainiks) don't want me as CM". 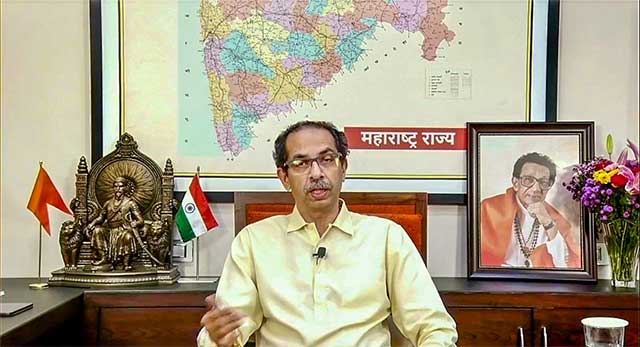 "But why go to Surat or some other places to say this. Shinde could have just come and told me right here. I would have quit immediately," Thackeray declared.

He said that since the political crisis erupted late on Monday, both Nationalist Congress Party President Sharad Pawar and Congress observer Kamal Nath categorically told him that they fully support him.

"Today, my own Shiv Sainiks don't want me to continue as CM. I am ready to resign, leave 'Varsha' and go to my 'Matoshri'. I am even ready to quit as Sena President. I shall be very happy if some other Shiv Sainik becomes the CM," said Thackeray.