Presidential Poll: After Pawar's firm 'no', NCP thanks all Oppn parties

Mumbai, Jun 16 (IANS): After a firm 'no' by Nationalist Congress Party (NCP) President Sharad Pawar, the NCP on Wednesday officially expressed its gratitude to all the 17 major Opposition parties for unanimously recommending his name as the candidate for the upcoming Presidential election.

"I sincerely appreciate the leaders of Opposition parties for suggesting my name as a candidate for the election of the President of India at the meeting held in Delhi. However, I would like to state that I have humbly declined the proposal of my candidature," Pawar tweeted on Wednesday evening. 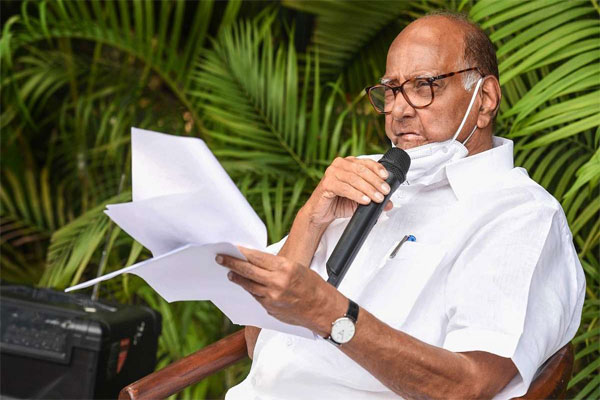 He has also requested all the Opposition leaders to consider more names as potential candidates for the country's top post when they converge again in Delhi on June 21.

He said it was gratifying that all the Opposition parties felt that Pawar's candidature was the "most suited for the President's post owing to his long political experience and unshakable faith in the Indian Constitution".

The leaders were also optimistic that Pawar's name would find favour with many other political parties who are currently with the BJP, said Tapase, reiterating the NCP's known official stance on the issue since the past few months.

Nevertheless, Maha Vikas Aghadi ally Shiv Sena remains a strong proponent for the NCP supremo as a united Opposition nominee for the top Constitutional office with Sena MP Sanjay Raut even saying "Pawar will not be a rubber-stamp President".

Title: Presidential Poll: After Pawar's firm 'no', NCP thanks all Oppn parties