Former Congress minister Kripa Shankar Singh - who joined the BJP last year, dashed off a letter to Adityanath, asking him to accord the status of 'optional language' to Marathi for Secondary and Higher Secondary School education in UP.

This, he claimed, would benefit the large number of students who pass out secondary and higher secondary in UP and then migrate to Mumbai seeking jobs. 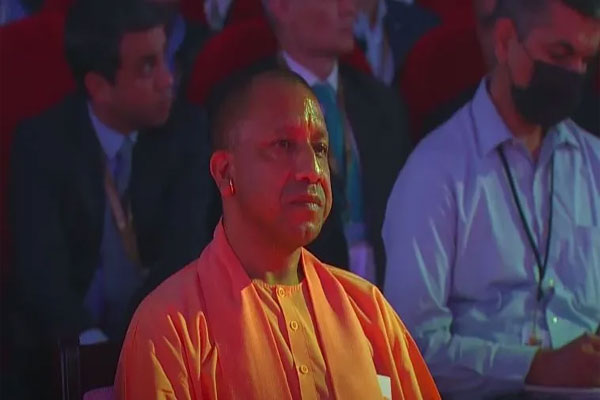 However, he said that if students are taught Marathi in schools of Uttar Pradesh as an optional language, this will help them get better jobs in Maharashtra.

The ruling Maha Vikas Aghadi (MVA) pounced on Singh viciously and took up the issue to hammer at the BJP which is trying to make a good pitch ahead of the upcoming civic elections.

State Congress General Secretary Sachin Sawant said that Singh's letter is "a confession by the BJP" that the Yogi Adityanath government has miserably failed to generate jobs for the UP people and continues to depend on Maharashtra for employment opportunities.

"This is the same Yogi who had blamed Maharashtra for ill-treating migrants while his own government was responsible for it... In its attempt to grab the attention of the north India voters in the BrihanMumbai Municipal Corporation elections, the Mumbai BJP has exposed itself and bared the incompetency of its own government in UP," he said.

Shiv Sena's Kishore Tiwari asked why Singh was only limiting himself to UP and he should be making a similar demand to all other BJP states' Chief Ministers from where lakhs of people migrate to Mumbai, Pune, Aurangabad, Nagpur, etc for job opportunities which are not available in their states.

"Singh should write similar letters to the CMs of Bihar, Gujarat, Karnataka, Uttarakhand, Himachal Pradesh, Assam, etc, where the BJP governments are unable to provide jobs for their educated youth and they are forced to migrate to Maharashtra. Why limit only to UP...," he asked.

Tiwari also wondered whether now the BJP will make similar demands to other states like Tamil Nadu, Kerala, Andhra Pradesh, Telangana, West Bengal, Odisha, Chhattisgarh, Madhya Pradesh, etc, from where a large number of people troop to Maharashtra each year for employment opportunities.

NCP's chief spokesperson Mahesh Tapase said that it would be better if Singh and BJP conduct Marathi coaching classes first for the north Indians living in Mumbai to improve their job prospects in this state.

"Instead of restricting himself to UP, the BJP and Singh should write to Prime Minister Narendra Modi to accord the long-pending 'Classical Language' status to Marathi and make it the country's second official language, that would be a great service to this state which warm-heartedly welcomes and supports migrants from across India," he demanded.