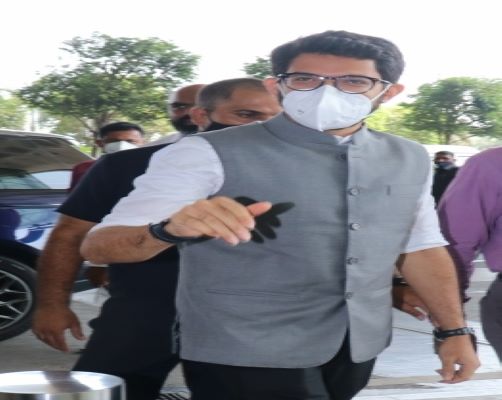 Speaking to mediapersons, Raut said that Aditya will reach the pilgrimage town on June 15 from Lucknow in a "purely religious visit" with no political agenda, offer prayers at the temple of Ram Lalla, perform the Saryu aarti and also interact with the local media.

"Shiv Sena has a long association with Ayodhya, since the struggle for the temple started and even later. We have immense faith in Lord Ram and our leaders or workers regularly come here... Praying at the Ram Lalla temple fills us with a divine energy," said Raut.

Earlier, he said that Uddhav Thackeray had come here when he was not holding any office, and later paid a visit even after becoming the Chief Minister.

The visit by Shinde and Raut will be followed by another trip on June 12 to finalise the programme of Aditya Thackeray's visit which would take place on June 15.