New Delhi, May 28 (IANS): A Pan India drug syndicate was busted by the The Narcotics Control Bureau (NCB) in which they arrested eight foreign women and one handler and recovered 69 kg high quality heroin worth Rs 500 crore.

A senior NCB official said that the officers of Bengaluru wing seized 7 kg heroin from a female passenger who was coming from Zimbabwe.

The heroin was concealed in the false bottom of her suitcase. 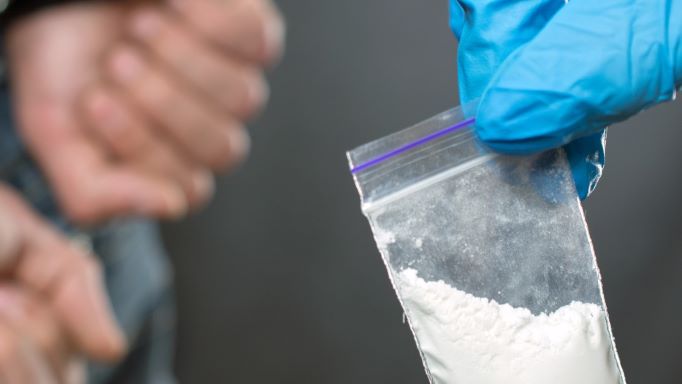 She reached Kempegowda International Airport, Bengaluru airport from Zimbabwe on May 24. The said lady was apprehended along with her associate at the airport. "Both the ladies were interrogated thoroughly, during which they revealed that one similar bag was kept in the lodge where they were staying and immediately the search of room resulted in the recovery of similar type of bag and 6.890 kg of Heroin," said an NCB official.

In the technical analysis, it came to light that three more women passengers with similar consignment have boarded the Rajdhani Express and left from Bengaluru for Delhi. The NCB worked on the technical intelligence and narrowed down the carriers and detected that they had got down near Itarsi, Madhya Pradesh.

The NCB further learnt in the investigation that the handler of these women is based at Bengaluru.

He was identified and intercepted at KIA Bengaluru. He was interrogated in which he revealed about the details of their Nigerian kingpin and other handlers based in Delhi.

"The NCB Team was successful in nabbing the Nigerian kingpin of this Heroin racket and three more female African associates. In this operation 34.89 kg of high grade heroin was seized, eight persons arrested and three more African ladies were apprehended from various locations of Bengaluru, Itarsi and Delhi," said the NCB official.

The investigation revealed that Nigerian kingpin from Delhi used to ask Indian lady handler to organise lady carriers who would fly abroad from India and bring such luggage concealed with drugs. They were paid for each trip along with all travel expenses by the cartel.

"Thus, based on one single input, NCB managed to successfully bust and neutralized the entire Heroin syndicate operating across India," said the NCB official.

The investigation of this case is in progress.