Mumbai, May 25 (IANS): On anticipated lines, the Shiv Sena on Tuesday shunned Yuvraj Sambhajiraje Chhatrapati and will field its Kolhapur party chief Sanjay Pawar for the second Rajya Sabha seat in next month's elections to the upper house of Parliament.

The development - which was immediately labelled as a "sin" by Sambhajiraje's supporters - came as an embarrassing jolt for the 13th direct descendent of Chhatrapati Shivaji Maharaj.

Sena chief spokesperson Sanjay Raut said that "we have full respect for Sambhajiraje Chhatrapati", and Pawar's name was cleared by Chief Minister Uddhav Thackeray, with a formal announcement pending. 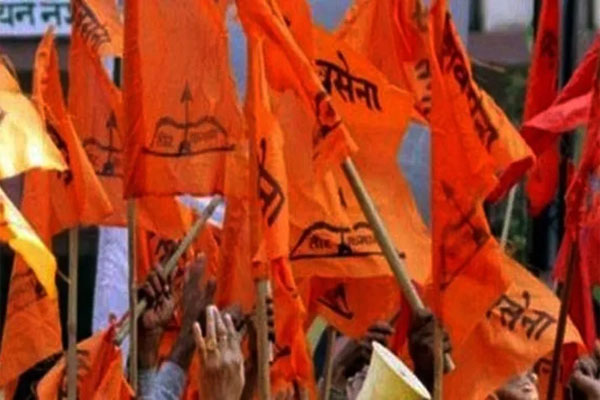 With Raut's nomination for a fourth consecutive RS term a foregone conclusion, Pawar's victory would ensure a second seat for the Sena while Sambhajiraje is likely to stick to his earlier plan and contest as an Independent - barring some last-minute political developments.

"We shall contest both the seats and definitely win them. We want to increase our tally in the RS, so we shall not support any independent candidate," reiterated Raut.

In a swipe at Sambhajiraje - who had sought the support of Maha Vikas Aghadi allies Sena-Nationalist Congress Party-Congress - Raut declared: "Kings are kings because of soldiers... Pawar is our foot-soldier."

Livid groups and supporters of Samhajiraje accused Raut of committing a "sin" and NCP President Sharad Pawar of "fraud" by denying the Chhatrapati scion a RS nomination, and warned the MVA "would pay for it".

Meanwhile, Sambhajiraje has decided to adopt a low profile for a couple of days before finalising his plans even as Raut said "he must have already arranged his 42 votes" - the minimum needed to win the RS polls.

"We have the utmost regards for Chhatrapati Sambhajiraje, his family and the (Kolhapur) throne... That's why we requested him to join the Sena so that we could field him as the sixth candidatea," Raut pointed out, justifying Pawar's candidature.

This time, given the re-alignment of the legislature after the 2019 Assembly elections, the BJP can win only two of the three seats it holds, the MVA can win their three seats, and will now contest the third seat held by the BJP.

The electoral college comprises the 288 MLAs and a candidate must get 42 votes to win a seat in the Upper House of Parliament.

On the Opposition side, BJP has 106 with other smaller parties/groups 2 and 5 Independents.

A hopeful Sambhajiraje had explained that since the BJP can get only 2 seats, and the Sena-NCP-Congress one each, he would contest that 'extra' sixth seat solo with the support of various major and smaller parties.