Kundapur, May 19: A man who assaulted his wife and killed her, was arrested on Thursday May 19.

The arrested is identified as Surendra Naika. He had killed his wife Anita on the night of May 17 at Kattekodlu of Vandaru village in Siddapur.

Surendra had married deceased Anita 15 years ago. The couple have a son and daughter. The accused is alleged to beat wife and children every day. On the night of May 17 also, Surendra assaulted his wife and killed her. He threw her body near the cow shed. 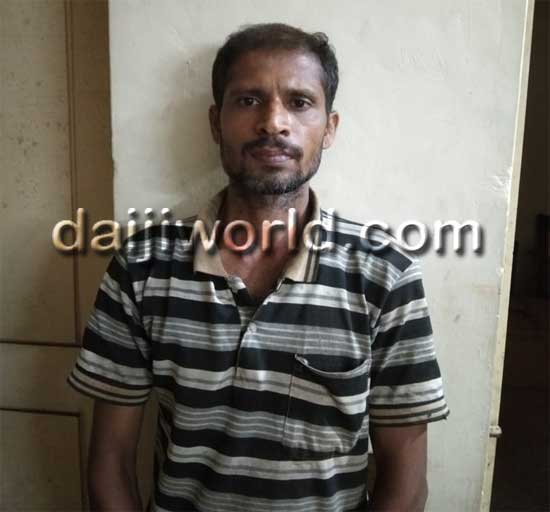 A complaint in this regard was filed by Jayanti, sister of deceased Anita in Shankaranarayana police station. The police launched a manhunt for the accused and nabbed him.