Mumbai (RBI), May.19: Debutante filmmaker Ishrat R Khan's feature film Guthlee Ladoo has received best director award at prestigious 27th Kolkata International Film Festival (KIFF) which was held in Kolkata . The first ever Bundeli language film to go to any film festival, Ishrat Khan is elated over his film’s entry into KIFF and feels proud that his debut directorial venture has gone onto winning an international award. “This is my debut film and I am happy that Guthlee has made its way to the KIFF this year by winning the Hiralal Sen memorial award for best director in Indian languages," says Ishrat R Khan excitedly. 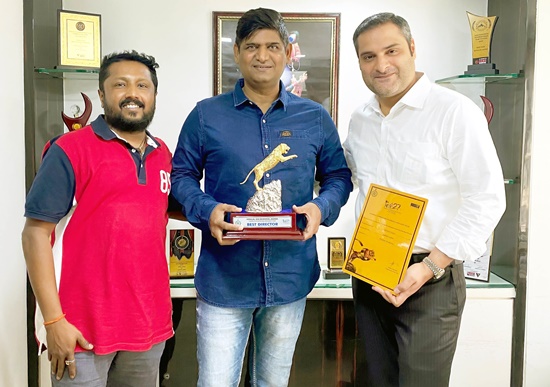 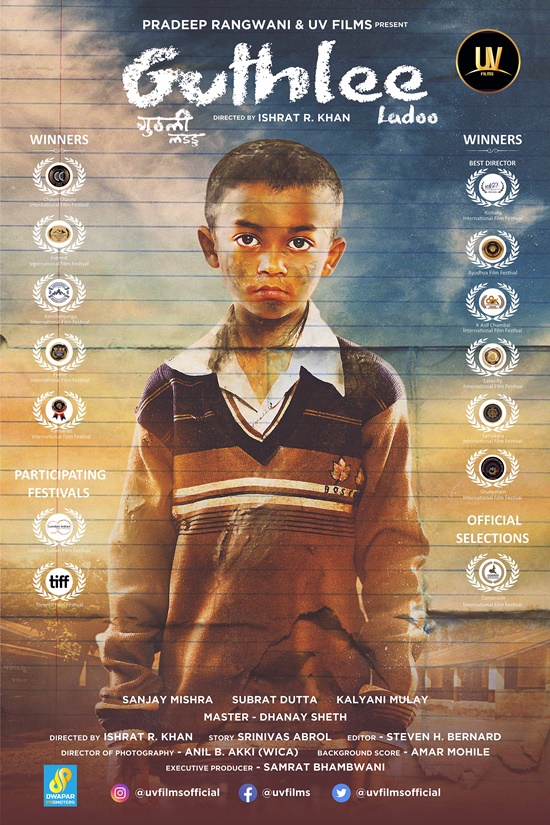 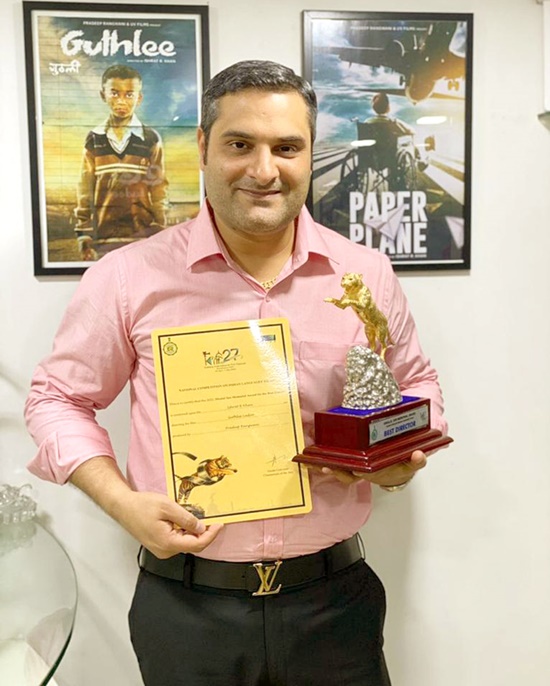 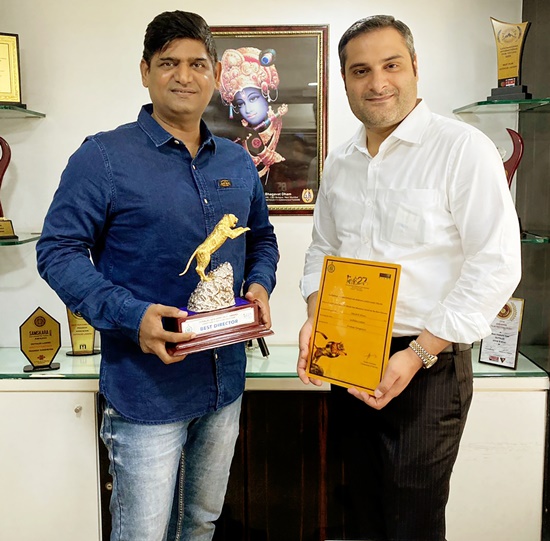 Ishrat started his innings assisting renowned directors like Anees Bazmee with whom he graduated from 1st Assistant Director to the associate director in a span of time. Some of the movies that he assisted Anees includes Welcome Back, Thank You, No Problem, Welcome, Sandwich, No Entry and Deewangee. Later he went on to associate with Raaj Shaandilyaa for Dream Girl, Prerna Wadhawan for Ishqeria and Amberdeep Singh for Lahoriye.

However it’s quite unnatural of someone to venture into such a hard hitting domain about the state of education and the caste system in rural India in today's age when he has majorly been involved with comedies. Normally anyone would have preferred doing something that they have mastered in, but Ishrat not only chose to be different but also preferred dealing in a subject that was not the mainstream language - Hindi. Ishrat says, “I understand that’s how anyone would have done it. However, I wanted my debut to stand out on the marquee. We are taking our film to Cannes and other major festivals across the globe including NYIFF, Toronto, London and others.”

With over 20 years of experience in Bollywood, Ishrat Khan is considered one of the most efficient film makers of this era. His attention to detail, thorough pre-production & clear vision sets him apart, which can be seen in Guthlee. With a simple storyline, the film is multi-layered. It’s about Guthlee, the son of a poor sweeper, who has a dream - to go to school. But the major obstacle is his caste. A headmaster is sympathetic to him but powerless against caste discrimination. When they develop an unspoken bond, Guthlee's dream sees hope.

Speaking about the film, Ishrat says, “Guthlee is a film that speaks volumes about the state of education and the caste system in rural India in today's age. Of course there have been massive improvements in this respect by the government, but still there are untold stories that highlight the plight of the lower caste people and their inability to get education for their children. This film is an attempt to bring this matter to the forefront. It's a story of a small boy, son of a low caste sweeper, who wants to go to school. The film has been treated realistically, so as to make the viewer’s feel the rustic reality of a north Indian village. The film does not try to portray any of the higher caste people in a negative light, it's not an attempt to antagonize, but rather to make people think about the fact that something that is so easy for us to provide to our children - a school education - can remain an unfulfilled dream for so many deserving children just because they belong to low castes.”

Produced by Pradeep Rangwani under the banner of UV Films, Guthlee Ladoo features an ensemble cast that includes Sanjay Mishra, Subrat Dutta, Kalyanee Mulay and Dhanay Seth in the titular role. UV films intends to make cinema that breaks the barriers and brings a difference in the society through the medium of entertainment. Producer Pradeep Rangwani chose this subject keeping aside all business aspects to bring to fore the state of education in today's times and Guthlee did receive it's due by the many awards it's been garnering at the film festivals.

The film has been shot by Anil Akki and edited by Steven H. Bernard. Amar Mohile has provided the background score for the movie.