The occasion was the inauguration of renowned ophthalmologist, Padmashri Dr. T.P. Lahane's 'Raghunath Netralaya' -- a hospital dedicated to his father-in-law, the late Adv. Raghunathrao V. Munde, a two-time Congress MLA. 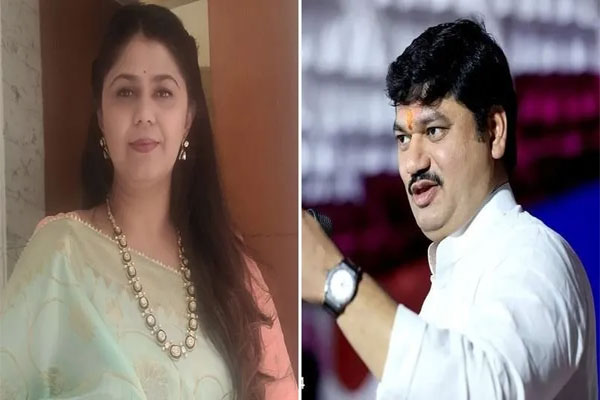 Pawar lavished praises on Lahane -- who has created a world record with over 1.60 lakhs cataract surgeries, despite hailing from a very poor background and surmounting personal medical challenges like losing both his kidneys at a young age and surviving on a kidney donated by his mother.

"I am confident Dr. Lahane will continue to serve and give vision to the needy through this hospital," said Pawar of the much-respected and distinguished eye surgeon who held top medical positions in the Maharashtra government before he retired last year.

Pankaja Munde, a former state minister in her speech, said the Guardian Minister of Beed and (cousin) brother Dhananjay Munde is very fortunate to 'view through the lenses' of Pawar Saheb.

Later, getting up to speak, as Dhananjay Munde walked on the dais, he gave a brotherly tap on cousin-sibling Pankaja's head as her MP sister Pritam Munde was seen giving a friendly smile at the gesture.

After acknowledging Dr. Lahane's immense contributions, Minister Munde recounted an incident of 1978 when Adv. Raghunathrao V. Munde trounced his cousin Gopinath Munde (Pankaja's father) in the assembly election that year - which incidentally, saw the 38-year old Pawar becoming the Chief Minister for the first time and the youngest ever to occupy the august post till date.

"A few months later, Gopinath Munde won a Zilla Parishad election and Raghunathro V. Munde personally felicitated him for the victory," said Dhananjay Munde, glancing at his cousin sisters all ears for him.

Responding to Pankaja's jibe, Dhananjay Munde said: "Pankaja Taai (sister), at times one must come under the focus of lenses. I was just talking with Aditya Thackeray who said it would be nice if Taai changed her lenses and looked through the MVA's lenses. He said it, not me!"

Dhananjay Munde -- who inflicted a shock defeat to the sitting MLA Pankaja Munde at Parli in the 2019 Assembly elections - admitted that everybody is aware of the political enmity between him and his cousin Pankaja, but they came together for today's event as "Dr. Lahane is important" for us all.

Speaking with IANS later, Dr. Lahane, 65, said the eye hospital is situated at Prabhadevi, opposite the famed Siddhivinayak Temple in memory of his late father-in-law.

In his childhood, Lahane was a passionate student, always topping in school and later he resolutely pursued a medical career despite hailing from a very humble background.

To augment his income, the young Lahane worked in the medical college canteen as a waiter, even drew water from a well and watered trees at a rich farmer's plantation and other odd jobs.

After he became an eye surgeon, Adv. Raghunathrao V. Munde approached him with his daughter Sulochana's hand, but Dr. Lahane declined in view of his precarious financial status.

However, Adv. Raghunathrao V. Munde persisted and said he had "complete faith" in Dr. Lahane's hard work and abilities after which the latter agreed to the marriage proposal with Sulochana.