Acid attack victims to get shelter, site, assistance of up to Rs 5 lac: Bommai

Bengaluru, May 14 (IANS): Karnataka Chief Minister Basavaraj Bommai on Friday said the state government would issue an order to distribute sites and houses for the acid attack victims, adding an assistance of up to Rs 5 lakh would also be given.

The Chief Minister said this while speaking after launching a helpline 'Hello Revenue Minister-Pension at doorstep in 72 Hours' started by the Revenue department.

"Acid attack victims undergo acute mental agony and rejection by the society. It is the responsibility of the government to rush to their aid. In this regard, their monthly pension has been raised from Rs 3,000 to Rs 10,000. Apart from this, they would be provided site and housing. Financial assistance up to Rs 5 lakh for self- employment so that they could lead a life of dignity on their own," Bommai said. 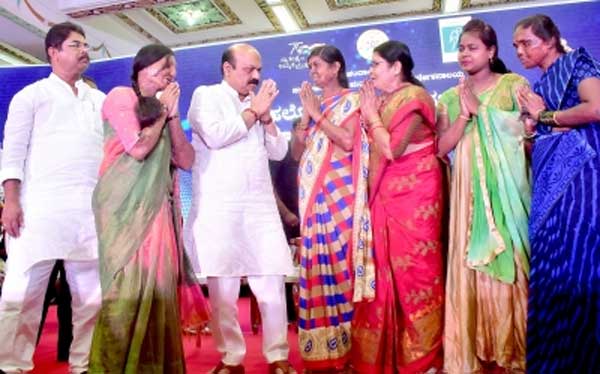 A massive initiative to make the administration responsive and deliver the services at the doorsteps of the citizens has been launched. Major reforms are being initiated, the Chief Minister said.

"This is a government with humane conscience. Our government will not hesitate to take hard decisions to improve the life of the common man," Bommai said.

"The social security pensions should be delivered at the doors of the beneficiaries. The new initiative would fulfil this objective. New dynamism is being induced into the functioning of the Revenue department," he added.

Title: Acid attack victims to get shelter, site, assistance of up to Rs 5 lac: Bommai