Mangaluru, May 13: A gram panchayat (GP) member was arrested by the Surathkal police for using the name of police to extort Rs 2.95 lac.

On the pretext of clearing the name of another accused in a case using police influence, the GP member had demanded an amount of Rs 2.95 lac. The person who has been arrested is identified as Abdul Qadar Rizwan (28), a resident of Malhar Mane in Akshara Nagar of Pavoor in Mangaluru.

In December 2021, a case of dacoity was reported by the Surathkal police under the Mangaluru commissionerate limits when another accused person was on the radar of the police when two persons including Abdul Qadar contacted the accused with the promise of removing his name from the list by using police influence and by paying money to the police itself. 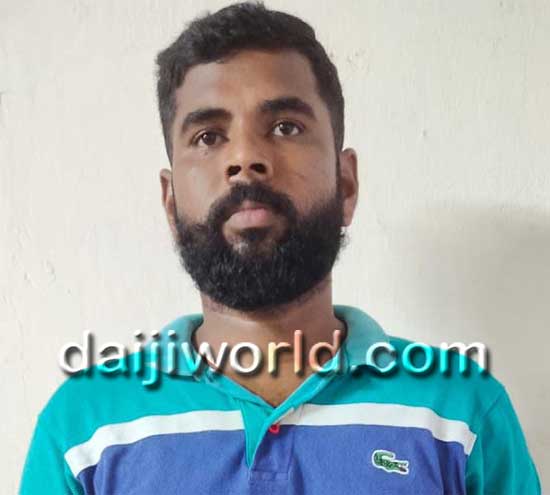 Abdul and his associate demanded Rs 3 lac from the accused although the person who was accused in a case could manage to pay Rs 2.95 lac in total in several instalments to get his name cleared.

The police were on the lookout for the accused who had given the money who in turn obtained an anticipatory bail from the court.

Later, he called up Abdul and his associate who had taken the money and demanded a refund. He demanded Abdul that a sum of Rs 30,000 be paid to him before he filed a complaint with the police.

The police on interrogating Abdul Qadar had accepted to the crime that he had extorted Rs 2.95 lac and that he was associated with another member in the crime.

Search is on to find the other accused.