Bengaluru, May 12: Archbishop Most Rev Dr Peter Machado has urged Governor Thawar Chand Gehlot not to give assent to Chief Minister Basavaraj Bommai-led BJP government’s move to bring an ordinance to implement the controversial anti-conversion bill, which is yet to get passed by the State Legislative Council.

In a press statement, Dr Machado, who is also the President of Karnataka Region Catholic Bishop's Council and All Karnataka United Christian forum for Human Rights, said it is difficult to understand the sudden turn of events when there have been no incidents of conversion nor of aggressive incidents against any community to bring an ordinance to give effect to the Protection of the Freedom of Religion Bill at this stage. 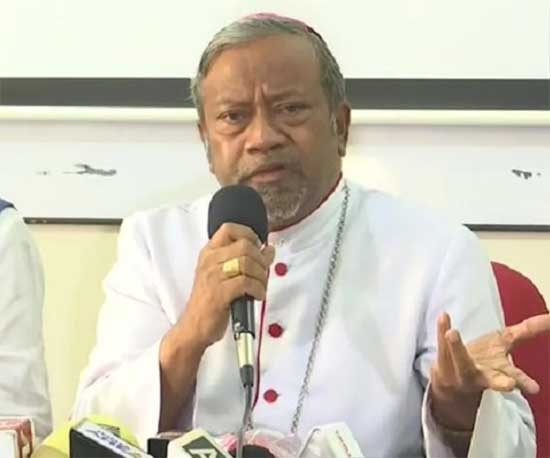 The State Cabinet’s recommendation for promulgation of the ordinance to give effect to the controversial bill, which was passed in the State Assembly but was not taken up for consideration in the Upper House, the Archbishop said was ‘very sad’ and would ‘surely affect the harmonious relationship the Christian community enjoys with all communities in Karnataka’.

The Archbishop said: “We cannot understand the sudden turn of events and what is there in the mind of the Government with the ordinance in hand, there is no doubt that the fringe elements and groups will try to create problems for the members of our Community as we have seen in the past and the Government is in no control of them.’’

“We are law abiding citizens and will surely put our trust in the Government to protect our interests and concerns. We have no difficulty in the Government taking action against any excesses or unlawful activities that are noticeable with concrete proofs,’’ the Archbishop said expressing the hope that the Governor, who is the head of the state will heed to our appeal and address our concerns, by not assenting to the Bill on anti-conversion in Karnataka.’’