Toronto, May 12: The annual general body meeting (AGM) of the Konkan Organization of Toronto (KOT) was held on April 9 in Scarborough, Toronto. Melwyn Sequeira was elected as the president and Anecleat Vaz was elected as the vice-president for the term 2022 to 2024. Anthony Castelino moderated the election of the new committee.

In his outgoing address, the outgoing president, Melwin Lobo, thanked the association members for their participation in the events conducted during his tenure despite the challenges of the pandemic. Myra D’Souza, the secretary presented the report of all activities conducted and treasurer Natasha Fernandes presented the financial report. 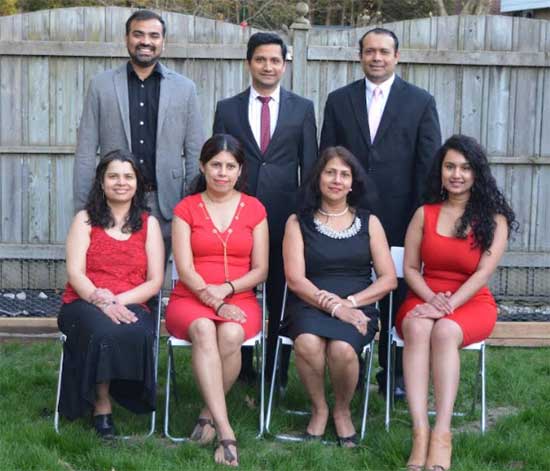 In his inaugural address, the new president thanked the gathering for their faith in him and sought their continued support in the activities for the new term. The AGM began with a prayer by Carmen Castelino, the outgoing vice president and concluded with light refreshment.

KOT is an organization of like-minded people from the Konkan region of India who strive to preserve the culture and heritage of their hometown far away in their adopted home. The association brings together the community for a celebration of feasts such as Monthi Fest and St Francis Xavier. A special pilgrimage to the Martyrs Shrine at Midland is an added feature to keep the community close.

Picnics and other get-together programmes bring the people together for some fun and lighthearted interaction. KOT is also involved in providing leadership opportunities, especially among the youth through literacy, arts, sports, and other forms of cultural expressions, and involves in philanthropic activities. With the ever-increasing number of members, KOT can serve the Christian Konkan community in Toronto.