Belagavi, May 11 (IANS): Tense situation prevailed after some miscreants hoisted a saffron flag on a mosque in a village in Karnataka's Belagavi district on Wednesday.

According to police, the miscreants climbed to the mosque tower and hoisted the flag in the wee hours. The incident came to light in the morning, causing tension in the region.

The incident took place in the Sattigeri Maddi mosque in Mudalagi taluk of the district. The police rushed to the spot and controlled the situation. 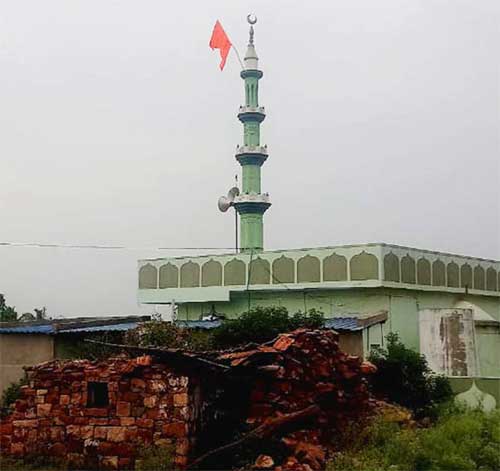 The police held a meeting of the leaders of both the Hindu and Muslim communities and removed the safforn flag.

Though the police controlled the situation, security has been beefed up in all sensitive areas of the district to avoid any untoward incident.

The incident caused panic and raised concerns all over the state as the state has been witnessing agitations by the Hindu organisations on the loudspeaker row.