Mysuru (Karnataka), May 3 (IANS): The Karnataka Forest department sleuths have arrested a gang of five persons in connection with the hunting of a leopard and selling its body parts, police said on Tuesday.

The sleuths seized leopard skin and severed legs from the accused persons. The sleuths have also taken a single-barrel gun and bike used to commit crime into custody. 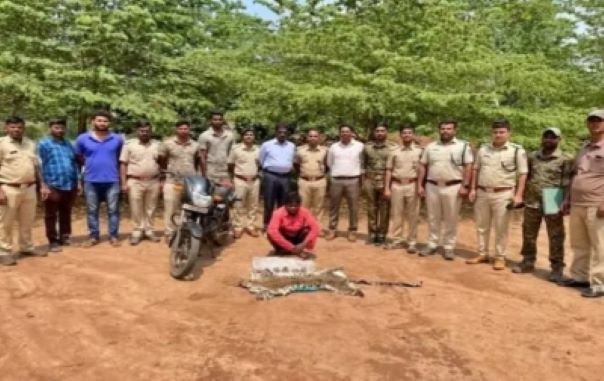 One of the accused is a resident of Abbur near Hanagod town and the other four are tribals.

According to the sleuths, the accused hunted the leopard in Hunsur Wildlife Zone which falls under the jurisdiction of Nagarhole National Park.

The accused were arrested while trying to sell the skin and severed legs of the leopard near Kademanuganahalli. The accused have been sent to judicial custody.