Bengaluru, Apr 29: A youth, who was enraged after a girl refused to marry him, poured acid on her. The 25-year-old girl, victim of this attack is fighting for her life with 50% burns.

Kamakshipalya police are on the hunt for accused Nagesh (30).

Nagesh, who is a native of Sarjapura, runs his own small garments factory at Hegganahalli. The victim girl is a MCom degree holder and native of Kaudle of Maddur taluk of Mandya district. She was employed at Muthoot Finance at Sunkadakatte bus stand. 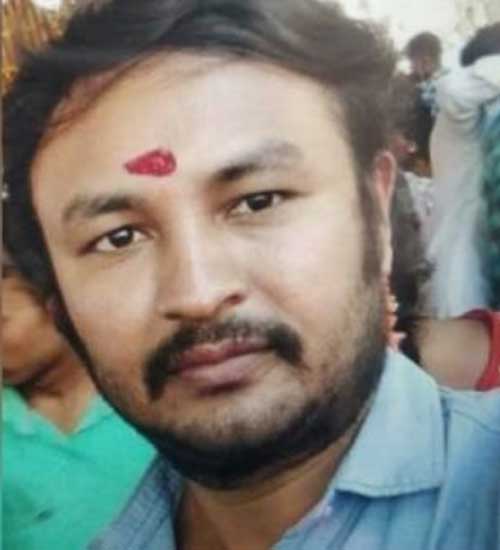 Nagesh and his family used to reside on rent in the house at Hegganhalli that belonged to aunt of victim girl. Accused Nagesh used to see the victim every now and then as she used to visit her aunt’s house. Nagesh started a one way affair with her and pleaded her to love him. But she refused. This was going on since seven years. The family members of victim also warned accused Nagesh after they came to know about the one way love of Nagesh towards the victim.

Accused Nagesh was stalking victim everywhere. Hence, the victim conveyed the matter to her maternal aunt and elder brother and got his family vacated from the rented house of her aunt. This made accused further get angry on the victim.

The family of the victim were searching for a groom for her. The accused who got the news had come to her aunt’s house and asked them to get her married to him. The members of victim’s family warned him during that visit also. On Wednesday, he had gone to the office where the victim used to work and threatened to pour acid on her if she does not agree for marriage.

The victim’s father used to drop her everyday near the finance. At around 8.30 am on Thursday, April 28, accused Nagesh had come to the office where the victim used to work and was wearing gloves on his hands and was waiting for victim girl to arrive to the office. As soon the victim saw the accused, she started running out from the office. However, he chased her and splashed the acid on her back, neck, chest, hands and legs. She received severe burn injuries and now fighting for her life in hospital.