Mangaluru, Apr 25: The Mangaluru Rural Police on Monday, April 25, have arrested two persons and seized two motorcycles used by them.

The arrested have been identified as Arif alias Vamanjuru Arif (26), a resident of Thiruvail village and Mohammed Haneef (36), a resident of Bondail Kavooru. While Arif is wanted in 18 cases of thefts, robberies, house breaks and attempt to murder in various police stations, a case of robbery has been registered against Haneef in Bajpe Police Station. 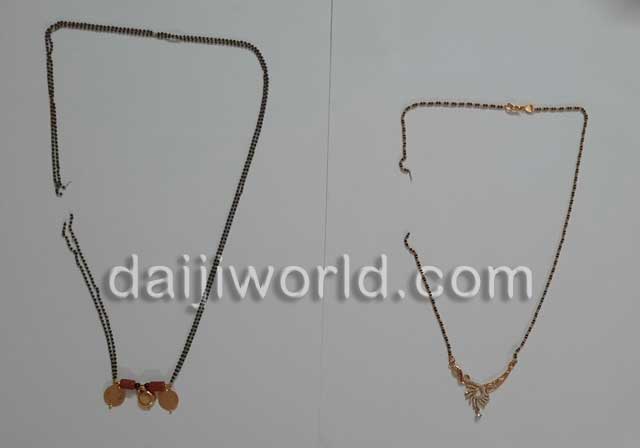 The two were reportedly involved in a chain snatching incident on April 12, 2022, in Paldane village in Mangaluru Rural police limits. Piryadi Mamatha , a woman was walking alone wearing a gold chain weighing approximately 8 grams when two persons in motorcycle on the pretext of asking for directions snatched the woman’s marriage gold chain and fled the scene.

At the time of Police interrogation, it came to light that Haneef had stolen a two-wheeler parked at Kalarai on March 26, 2022, used it and had also robbed a woman named Piryadi Vatsala of a gold chain weighing 10 grams on the pretext of asking for directions in Kavooru police station limits.

The Police have also arrested two others Abdul Samad P P and Mohammed Riyaz who are owners of Nakshatra Jewellers for buying the two stolen gold chains weighing 18 grams from the other two accused persons Arif and Haneef.

All the four accused have been produced to the court.