Nagpur, Apr 14 (IANS): The Special Tiger Protection Force (STPF) at the Pench Tiger Reserve near here has arrested one person, and seized two boats from neighbouring Chhindwara district in Madhya Pradesh, for illegal fishing in Totladoh dam which comes under the tiger project area in Nagpur district.

The Deputy Director of Pench Tiger Reserve (PTR), Prabhunath Shukla, informed that the STPF busted an eight-member gang which had sneaked into the Totladoh reservoir inside the PTR. 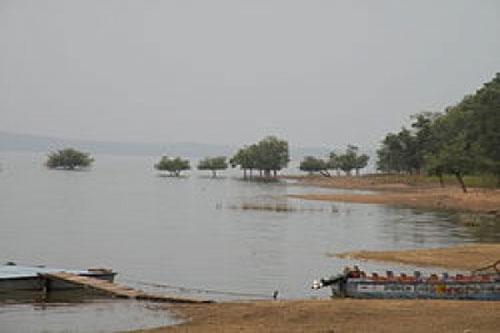 According to the forest officer, the STPF jawans noticed eight boats on the east side of Totladoh reservoir on Tuesday evening. The jawans chased the fishermen and nabbed one of them apart from seizing two boats.

The accused has been identified as Ramdas Sarate, a resident of Dudhgaon, Chhindwara. He was produced before the court at Ramtek on Wednesday, which remanded him to two-day police custody.

"The boats were hidden under water, which is a common practice by fishermen to cover-up their crime," Shukla said.