Mangaluru, Apr 13: The Aerodrome Rescue and Fire Fighting (ARFF) unit of Mangaluru International Airport organized a capacity building programme for hospitals in Mangaluru on April 11. The programme is a focused effort on part of ARFF to get all those involved in the full-scale aerodrome emergency exercise planned with the District Disaster Management Authority on 4th May to understand their roles in advance.

ARFF involved doctors and paramedical staff from hospitals with whom MIA has arrangement to deal with any real-life emergency, staff from medical investigation room (MIA) at MIA as well as personnel from Airport Health Organization (APHO) in this exercise. The stakeholders were given a broad understanding of their roles and responsibilities to mitigate the fallout of an emergency if it unfolded. 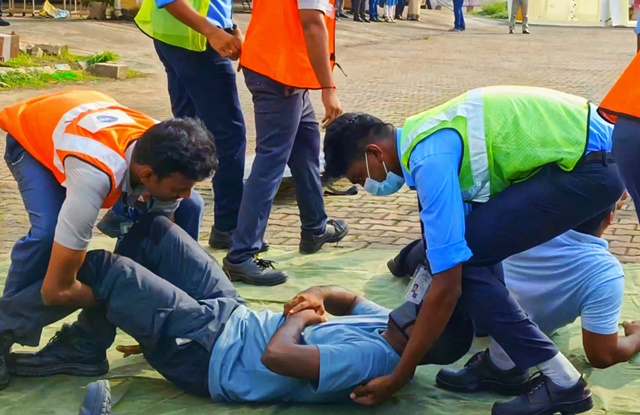 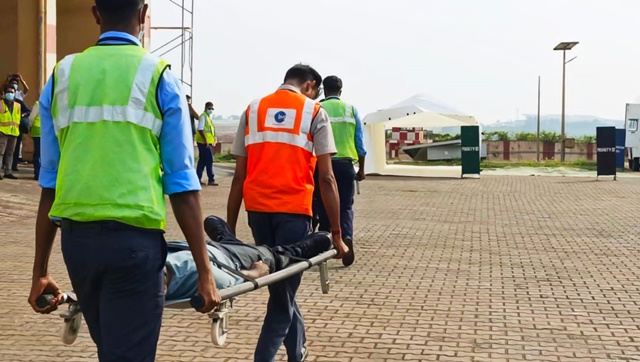 In addition to knowledge sharing, the ARFF also conducted a modular test for the stakeholders with respect to the full-scale aerodrome emergency exercise. The test involved hospital staff handling the casualty at the casualty collecting area as well managing the critical triage area where the ‘patients’ are attended to, based on their ‘condition’ and sent to designated hospitals for further treatment.

The ARFF thus far has organized two capacity building programme sessions for personnel of Karnataka State Fire and Emergency Services (KSF&ES) with a final session scheduled before 4th May. The ARFF on 13th April also conducted the first of four such sessions for the airline staff. Similar programme will also be held for personnel of aviation security group of CISF in three batches.

The ARFF unit at MIA will also conduct a similar capacity building programme for the fire and emergency response units of major industries in the vicinity as a precursor to the exercise on 4th May. This further reinforces the commitment of Mangaluru International Airport to meet best-in class standards aimed at strengthening and consolidating safety processes.