Following unrest situation in Karnataka due to continuous campaign by Hindu groups on boycotting Muslim merchants, business transaction, the statements have assumed importance. 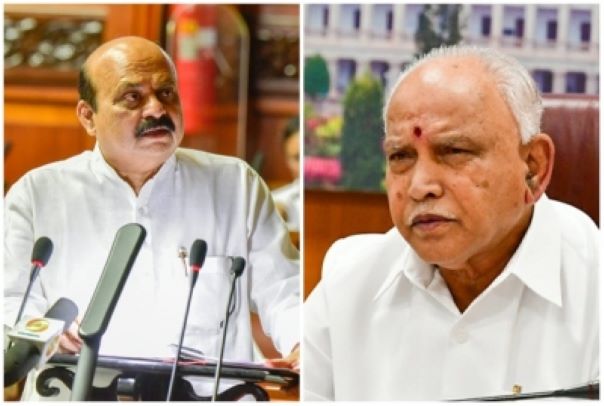 Hindu groups have announced to create a task force on love jihad and started targetting Muslim merchants in the state. CM Bommai stated: "Ours is a constitutionally elected government. We are working keeping law and order maintenance and equality as benchmark."

He further stated that if people campaign their ideologies there is no problem. However, if they take law into their hands or turn violent, the government can not tolerate. A message has already been sent in this direction," Bommai stated.

Answering a question on being a silent spectator as Hindu organisations are targetting Muslims, CM Bommai said, during Congress rule, the cases were withdrawn of individuals and organisations which had direct role in murder of Hindu activists. "We need not learn from them," he said.

Former Chief Minister Yediyurappa stated that there should not be any untoward incident in the state. Hindus and Muslims should live like brothers. They should stop acts causing disharmony and let everyone, including Muslims, live with respect and honour.

Few miscreants are causing disturbance in society. "I have spoken to CM Bommai. He had assured of legal action against miscreants. I will also give a piece of advice to people that they should get busy with their work, without bothering about agendas to create unrest in the society," he said.

Yediyurappa said when he was the CM had warned Hindu groups of initiating legal action if they targeted whole Muslim community during Corona first wave.

With the arrest of Sri Ram Sena activists for vandalising fruit shop of a Muslim vendor in Dharwad and FIR against ruling BJP Minister for Rural Development and Panchayat Raj K.S. Eshwarappa for issuing provoking statements, Hindu organisations are on back foot in the state.

It has to be seen, whether the actions and statements by the ruling BJP will ensure peace in the state which is going through the phase of unrest.