Mangaluru, Apr 9: In a bizarre incident that occurred at Ballalbagh in the city on Saturday April 9, a woman who was riding a two wheeler was critically injured as a speeding BMW car jumped over a divider and crashed into two cars and two wheelers which were being driven on the other side of the road. Another woman who was standing on the divider to cross the road escaped unhurt by a whisker.

The person driving the car has been identified as Shravan Kumar (30) from Mannagudda who runs an interior decoration business at Derebail. 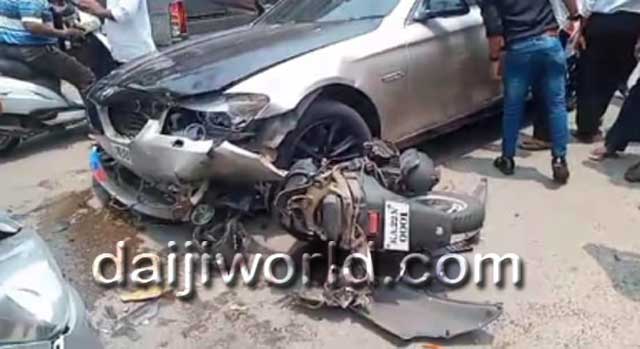 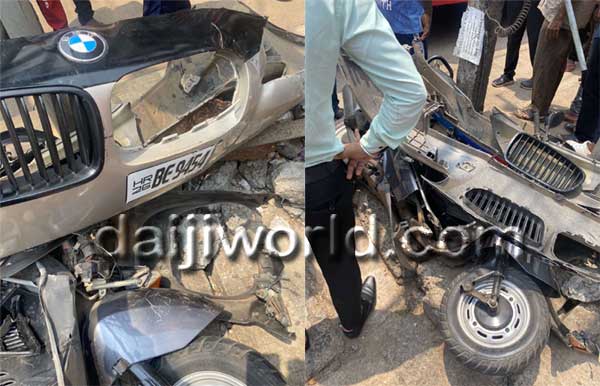 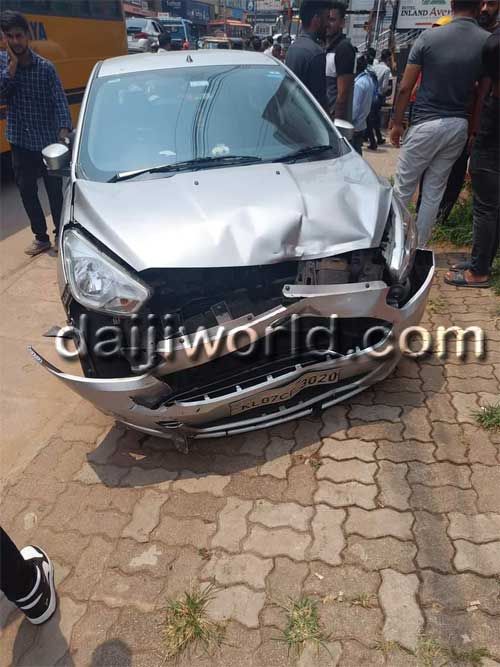 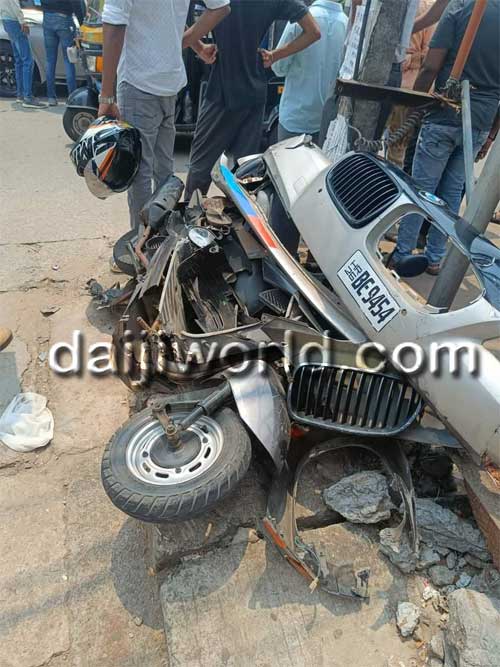 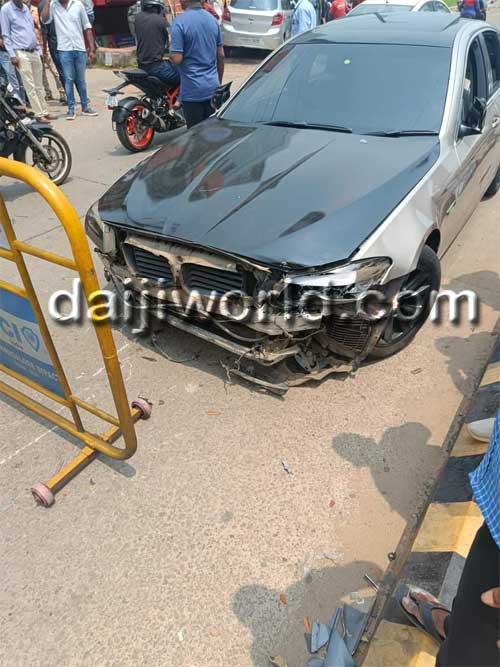 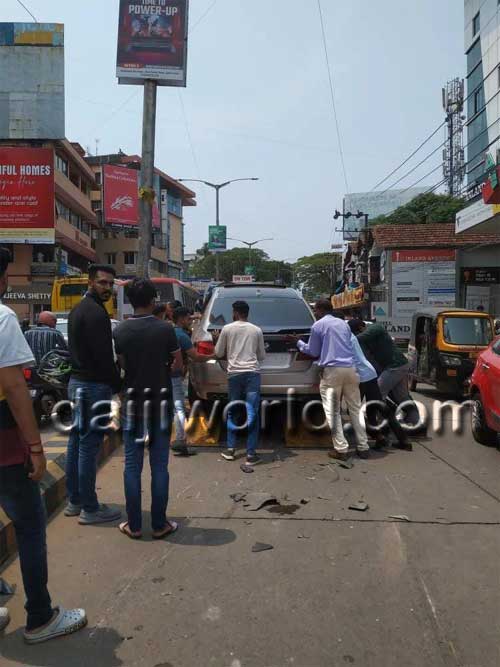 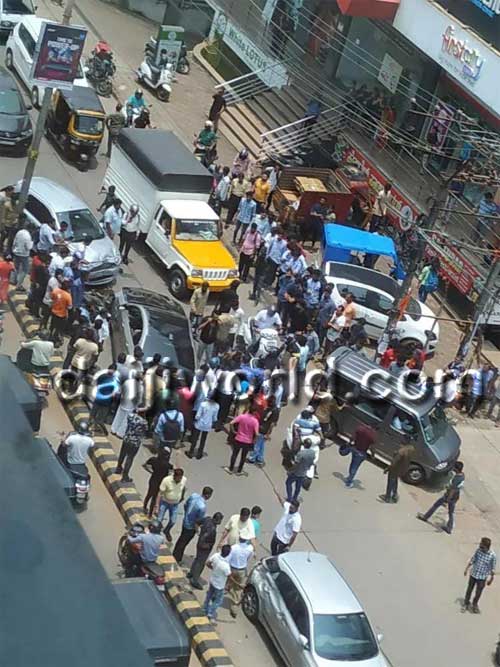 The injured lady is identified as Preethi Manoj (47). Another boy, Amay Jayadevan (7), who was in another car, suffered minor injuries. Both were admitted to a private hospital.

Speaking to media police commissioner N Shashi Kumar said, “The accident took place at 1.20 pm here. The injured lady is in the ICU while the boy is safe. Shravan has been taken into custody. He will be subjected to alcohol and drug tests.”

The whole scene of the car jumping over the divider and getting onto the other side of the road is captured on a CCTV camera installed nearby.