Yediyurappa's granddaughter left her 9-month-old baby in other room, before ending life

Bengaluru, Jan 28 (IANS): Dr Soundarya (30), the granddaughter of former Chief Minister B.S. Yediyurappa, had left her nine-month-old baby in the other room of the flat before ending her life on Friday.

Meanwhile, High Ground police have lodged a case of unnatural death following the complaint by her husband Dr Neeraj. The police are awaiting the statements from the family of Soundarya on ascertaining what made her take the extreme step. 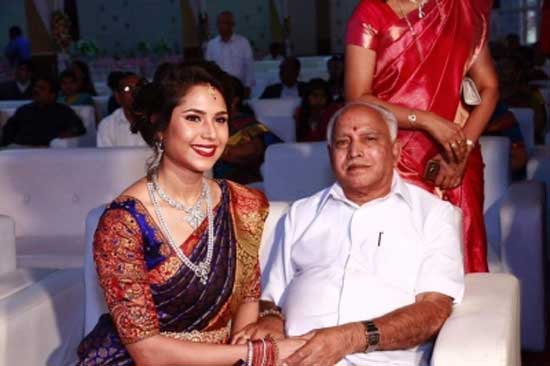 According to sources, Dr Soundarya conducted naming ceremony of her baby three months ago. Police sources say that there are very less chances of family dispute and reason for the suicide is yet to be ascertained. The maid and statements collected so far in the apartment said that couple lived happily.

Dr Soundarya worked at the Bowring hospital as an Assistant Professor and she was a practicing doctor. Her husband Dr Neeraj, a Radiologist worked at the M.S. Ramaiah hospital.

Neeraj is son of elder brother of Zilla Panchayat member Mariswamy. Dr Sathish, one of the doctors who conducted autopsy of the body, stated that there is a mark in the neck and no other mark has been found in the body.

A team of three doctors conducted the post-mortem the report of which has been generated and submitted to the tehsildar, he stated. The body has been handed over to the family after the autopsy.

Soundarya, the daughter of Yediyurappa' daughter Padmavathi, got married to Dr Neeraj in 2018 and the couple studied in the same medical college in the city, sources said.

The incident has come to light at 10.30 a.m. when maid came to wake her up for breakfast. When she didn't open the door of her room, the maid informed her husband Dr Neeraj and others.

The apartment staff arrived and saw her body hanging from the balcony and informed police. Though she was rushed to hospital immediately, the doctors declared her dead at arrival.

The couple stayed in the apartment since two-and-a-half years. Dr Neeraj had left the house at 8 a.m. this morning.

According to family sources, the final rites will be carried out in the farm house of her husband Dr. Neeraj.

Bengaluru, Jan 28: Soundarya (30), granddaughter of former chief minister (CM) of Karnataka B S Yediyurappa ended her life on the Friday, January 28 morning. She hung herself from the fan.

The incident occurred under the limits of High Grounds police station. Mortal remains of Soundarya, daughter of Padmavati were shifted to Bowring hospital.

Soundarya was the daughter of Padmavati, who is the second daughter of Yediyurappa. Soundarya killed herself in the flat near Mount Carmel College at Vasant Nagar. She was a doctor at Ramaiah hospital. 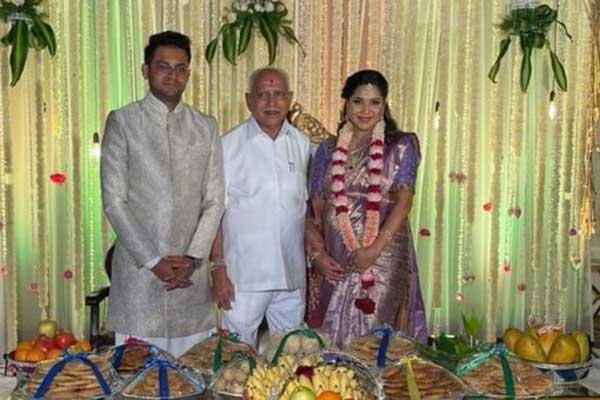 Soundarya married Dr Neeraj in 2018. She is survived by husband and a child. Dr Neeraj had left for work at around 8 am. Soundarya committed suicide at around 10 am. When the house maid arrived and knocked on the door, Soundarya did not open the door. On suspicion they called Dr Neeraj and informed the matter.

CM Basavaraj Bommai who was celebrating his birthday at his residence, cancelled all programmes and rushed to Cavuery, where former CM Yediyurappa resides.

Title: Yediyurappa's granddaughter left her 9-month-old baby in other room, before ending life