Udupi, Jan 24: A sexagenarian from Kadekar has created a Golden Book of World Records on Monday, January 24 by swimming 3550 meters for five hours in the sea and that too with his hands and legs chained. He swam for five and a half hours without a break! He dived into the sea from Udupi’s Padukere beach shore at 7.50 AM and reached the destination at 1.20 PM.

The representative from the Golden Book of World Records who watched the feat issued a provisional certificate on the spot soon after Gangadhar reached the shore. 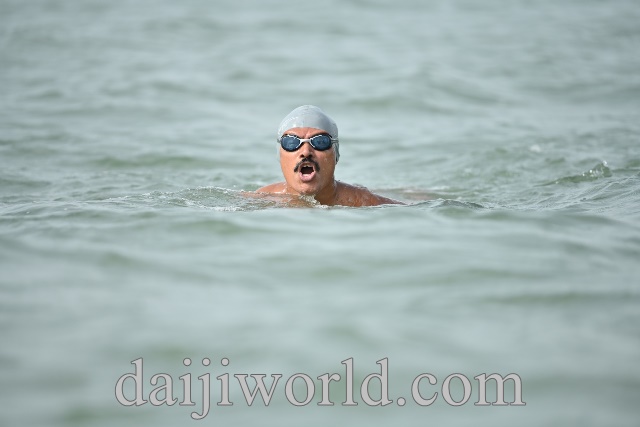 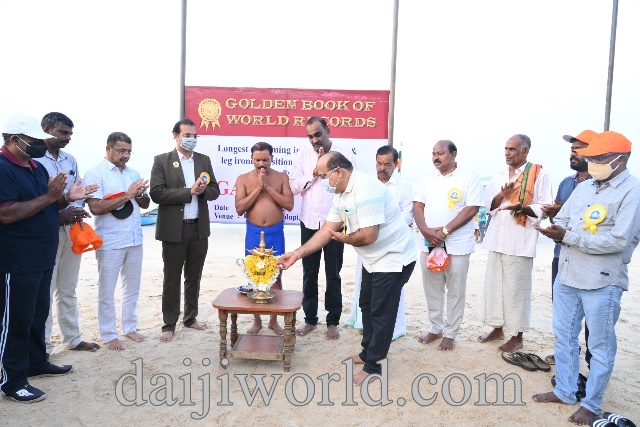 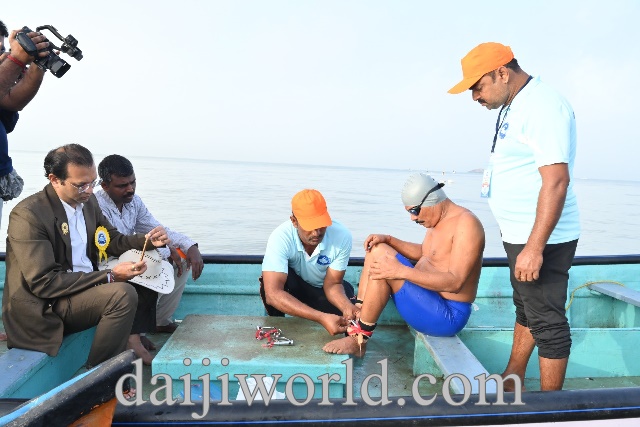 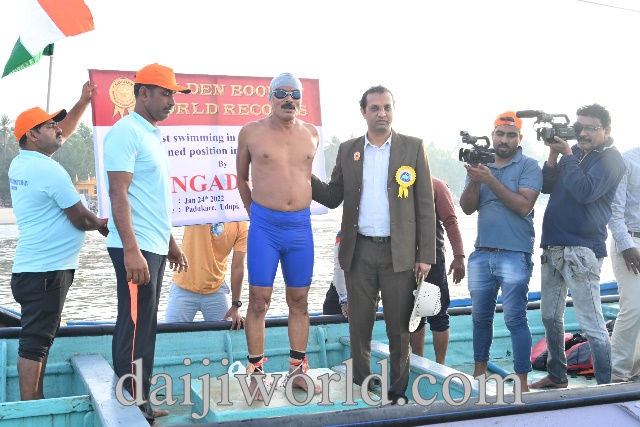 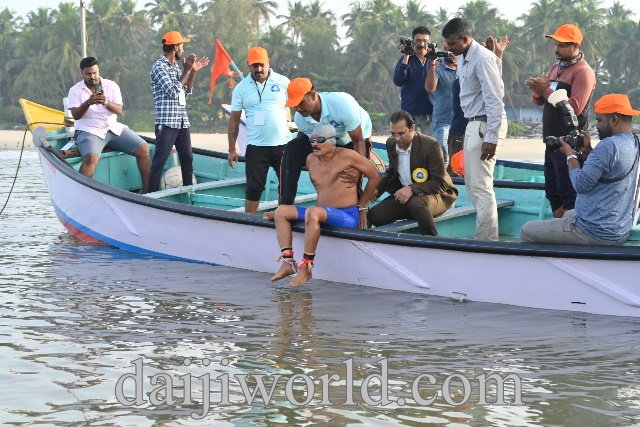 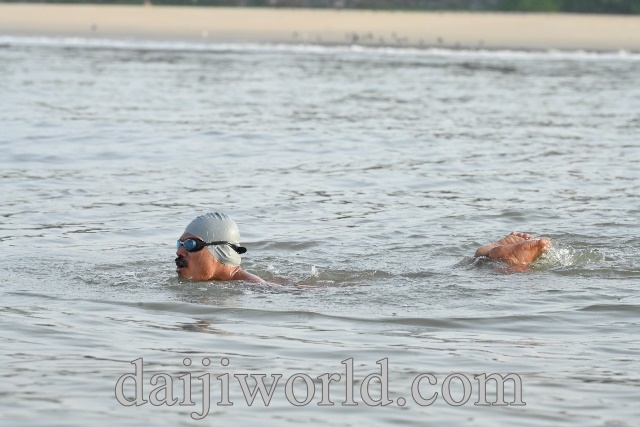 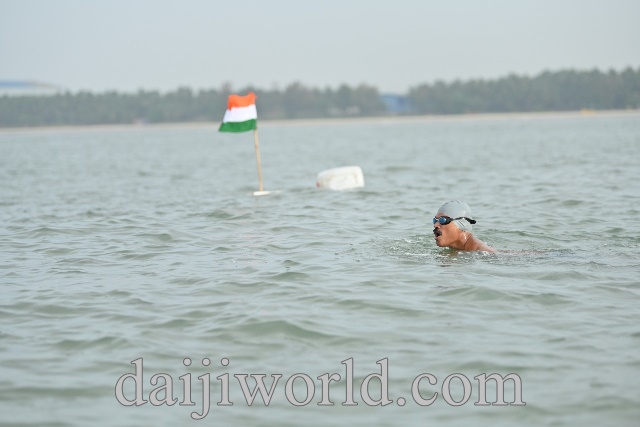 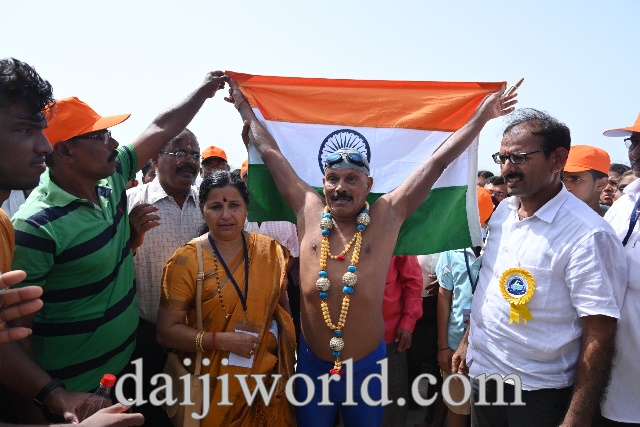 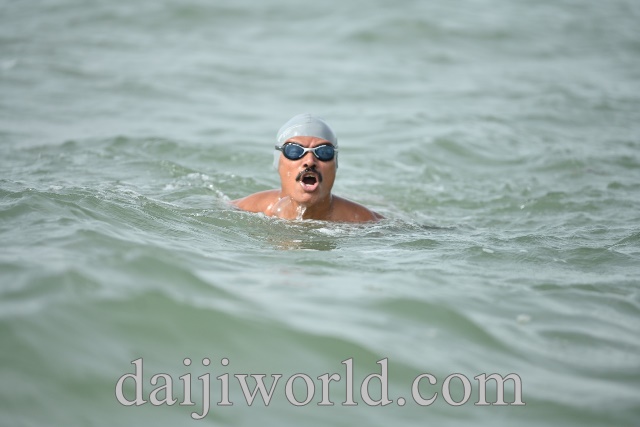 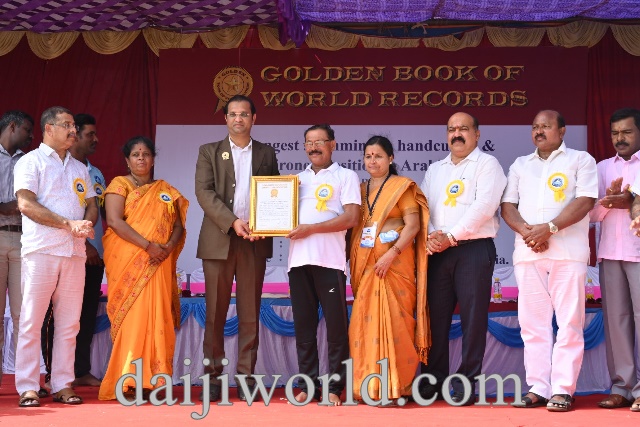 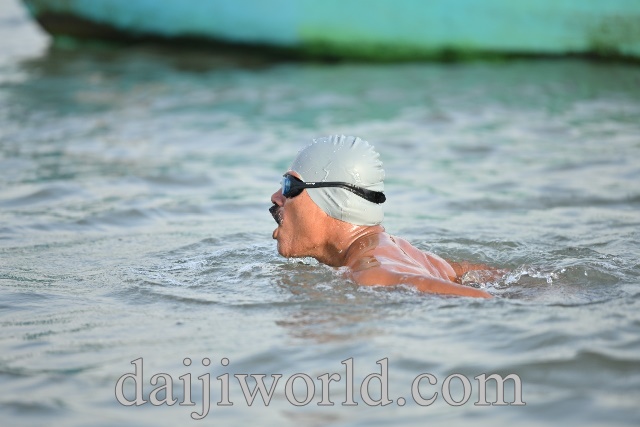 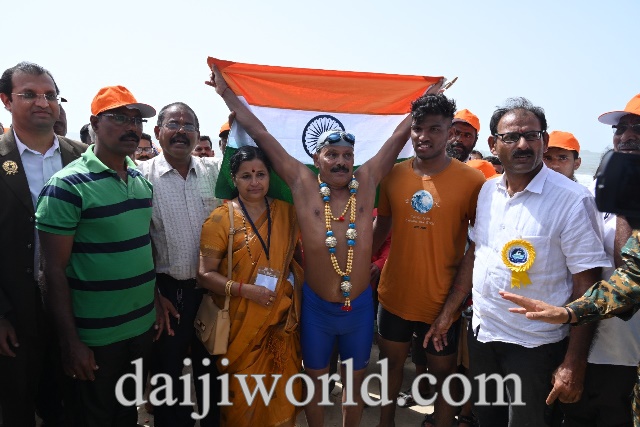 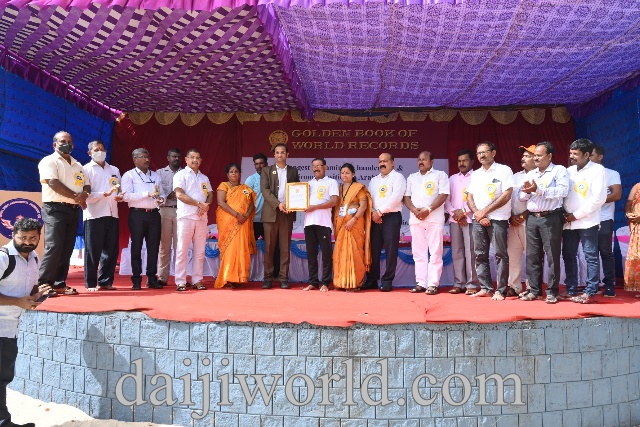 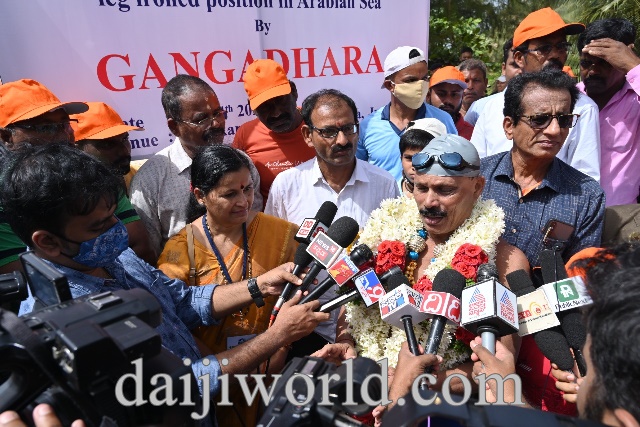 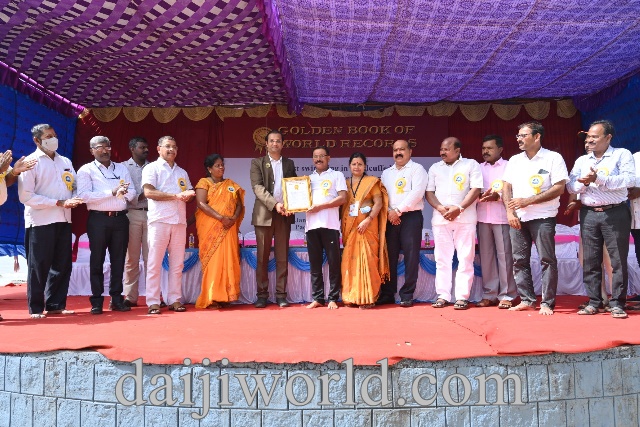 Another astonishing fact about international swimmer Gangadhar is that he became an expert in the waters at a ripe age of 60! Aged 65 years now, he has broken national and international records in the past five years. He has trained more than a thousand people in swimming. Gangadhar is an example that there is no age for achievements.

“I am glad. I was suspicious that achievements were possible at this age but there i could do it. I had achieved a record last year swimming in Padmasana. Continued practice has made the achievement in chains possible. I thank everybody. The sea was rough. It was not the way I hoped. But, I did not give up despite the challenges,” he said.

"Gangadhar has achieved a very valuable record today. His name will be etched for time immemorial in the Golden Book of World Records. It is not easy to swim with hands and legs chained. At an age where people retire and remain at home, his achievement at the age of 65 is really great. It is a landmark achievement and an example for all. This will be an unforgettable memory for me," said Golden Book of Records representative, Manish Vishnoi.

Gangadhar is the son of Malpe residents Gopal Mendon and Sundari Mendon. He is residing in Kadekar at present. He started swimming in the sea as a hobby in 2006, became an expert in various styles and began participating in state level competitions from 2009.

He has created records by swimming with his 41 students at St Mary’s island on February 14, 2021.

He founded the Jai Durga Swimming club at Kadekar and provided training in swimming to men and women of all ages. More than 1,000 students are under training from him. He provides free training to specially abled groups and also the mentally challenged.