Kolkata, Jan 23 (IANS): In a major step towards streamlining the brewing agitation within its West Bengal unit, the BJP has issued showcause notices to two senior leaders, asking them to explain why action should not be taken against them for "indiscipline".

The letter, signed by Office Secretary Pranmoy Roy and approved by state BJP President Sukanta Majumdar, read that the two long-time leaders - Joy Prakash Majumdar and Ritesh Tiwari were giving "anti-party statements" for the last few days which is considered to be a serious breach of discipline. The two leaders were asked to give reason, within 15 days, why action will not be taken against them. 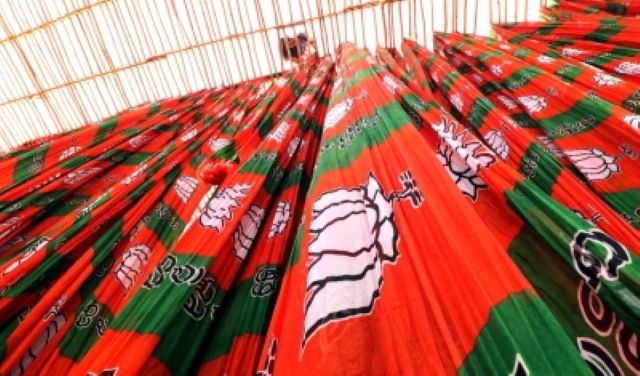 Sources in the party indicated that the state unit is going to take strong action against them and if they fail to give satisfactory answers, they might even be expelled.

The letter comes few days after Union Minister of State for Ports, Shipping and Waterways Shantanu Thakur had a meeting with the disgruntled BJP leaders of the state, including MLAs Subrata Tahkur and Ashoke Kirtaniya, and Sayantan Basu who has recently lost the post of state General sScretary.

The meeting was also attended by Joy Prakash Majumdar - one of the prominent faces in Bengal BJP who has been demoted to a spokesperson from the party's state unit Vice-President. Apart from that, Tiwari, Tushar Mukhopadhyay and Debashis Mitra also joined the meeting.

Just after the meeting, BJP state General Secretary, Organisation, Amitava Chakraborty had filed a complaint with the central leadership against 10 rebel leaders for indulging in anti-party activities and also breaking the basic protocol and discipline of the party. Sources in the party had said that the central leadership also assured the state unit that the matter will be taken up with all seriousness.

Not only the meeting but recently the city roads were flooded with posters and hoardings against Chakraborty, which was allegedly masterminded by the rebel party leaders. Chakrabarty has mailed the pictures of such hoardings and posters to the party high command.

Asked about the letter, Tiwari said, "I am not in the party on someone's mercy. I have been doing the party when I was just 18 and after 32 years, I am not supposed to justify my dedication towards the party. I shall definitely give my response."

Interestingly enough though two leaders were given showcause notices, but there are several leaders - some very prominent faces in Bengal BJP who were not touched, such as Shantanu Thakur.

"I cannot say whom the party will send a showcause notice. I shall hold a meeting with anyone who comes to me. I shall speak with the agitated leaders of the state. Will the party expel all of them? Is it possible?" Thakur said on the showcause issue of Majumdar and Tiwari from an event in Gobardanga in North 24 Parganas where he was present with all the leaders who are close to him.