Bengaluru, Jan 22: Minister for primary and secondary education B C Nagesh, clarified on Friday January 21 that unlike last year, this time there will not be corona-based exemptions for the students from appearing for the SSLC examinations, and neither will there be promotions because of the prevalence of this disease. He said that all the students will appear for the SSLC examination this time.

In his response to the fact that students last year had been given promotions without holding the examinations because of Covid pandemic, the minister said that the situation was different during the previous academic year, as students and schools were facing grave problems of Covid. He said that if the same facility is extended this year, the students will forget about studying, and felt that such a step will give rise to bad precedent. 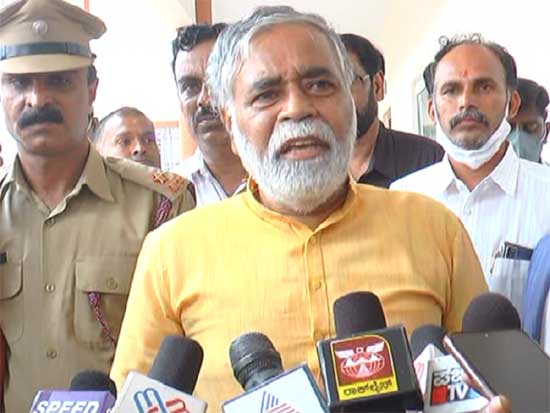 "Most of the schools in the state have completed 70 percent of the curriculum. In order to assist the students, 30 percent curriculum had been pruned down this year. Experts expect coronavirus pandemic to substantially reduce by the last week of February or the first week of March. SSLC exams will be held from March last week to April 11. Depending on the situation prevailing then, a suitable decision will be taken," he added.

On the issue of appointing guest lecturers in high schools, the minister said that these orders were in existence when the academic year began, and said that appointments for the next year 2022-23 will be made. About the teachers transfer, he said that a few teachers had approached the court nearly three years back and the court disposed of the case a few months back. "After the court order, the teachers began to seek transfers. We have to meet the court order and genuine demands of the teachers. Even though we began the transfer process, we have not shifted teachers from places where there is acute shortage of staff," he stated.