Bengaluru, Jan 19: Mangaluru City Corporation (MCC) has informed the state high court that a tender to clear and manage the solid waste that has accumulated at the Pachanady landfill site in the city for many years has been finalized. This information was given to a division bench of the high court presided over by Chief Justice Ritu Raj Awasthi, when the public interest litigation filed by Karnataka State Legal Services Authority came up for hearing on Tuesday January 18.

Additional advocate general Dhyan Cjhinnappa, who presented arguments on behalf of the city corporation, said that tender for clearing and managing the solid waste has been finalized. He said that if the tender amount is over Rs 50 crore, it needs to be put before the finance department. He said that the tender has therefore been placed before the tender scrutiny committee and steps will be taken once permission is received. 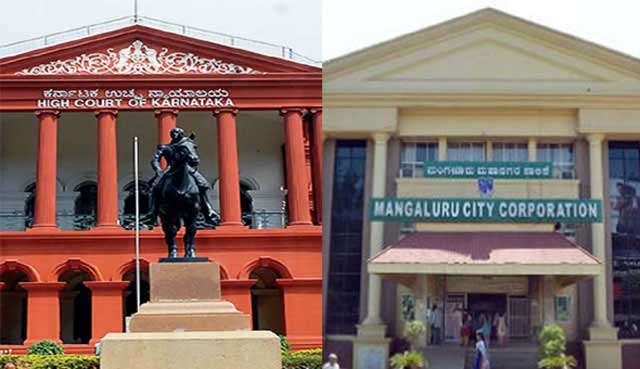 The division bench which considered this submission, made it amply clear that if the process is not completed in stipulated time and work is not started, the city corporation commissioner will have to be personally present in the high court. The hearing was adjourned to February 10.

The high court had earlier instructed the central environment pollution control board to collect samples of water from Phalguni river and Maravoor dam which reportedly are contaminated by water flowing from the waste dump, and submit test report. When the petition was taken up for hearing on Tuesday, advocate for the board said that interim report has been submitted and sought four weeks’ time to submit final report. The bench which got angry at the long time sought, ordered the board to file the report without fail before adjourning the hearing.