SC not convinced as Centre says no starvation death even during pandemic, seeks data

New Delhi, Jan 19 (IANS): The Centre on Tuesday told the Supreme Court that due to "comprehensive policies and steps" taken by both Central and state governments, there have been no starvation deaths in recent times, even during the Covid pandemic, but the court remained unconvinced.

The apex court pressed Attorney General K.K. Venugopal to be crystal clear, if he is making a statement that there are no starvation deaths in the country now, and also sought data to establish this claim. 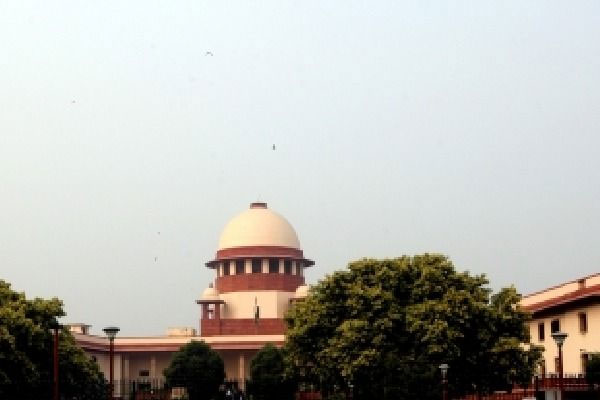 In an affidavit, the Ministry of Consumer Affairs, Food, and Public Distribution said: "Indeed, thanks to the progress made by the nation since independence and the comprehensive policies and steps taken by both state and Central governments, there have been no starvation deaths in the country in recent times, even during adverse situations like the pandemic."

During the hearing, a bench headed by Chief Justice N.V. Ramana, after the AG submitted that that no state has reported starvation deaths, queried: "Are you making a statement that there are no starvation deaths in the country now?"

The bench, also comprising Justices A.S. Bopanna and Hima Kohli, further pressed: "Can we afford to say that there are no starvation deaths?"

At this, Venugopal reiterated states have not reported starvation deaths, and the states have to respond on this and added the fact about malnutrition cannot be denied.

The bench then said: "Government of India should give us data on starvation deaths, latest information. Ask your officer to give us information."

Asking the Centre to develop a model to implement the community kitchen scheme across the country, the court also emphasised that Centre should provide additional food grains to states to run it, and said the issue of "hunger has to be taken care of".

"Hunger has to be taken care of to be satisfied and the poor people who are on the street and who are suffering because of that."

The top court was hearing a PIL, filed by social activists Anun Dhawan, Ishann Dhawan, and Kunjana Singh, seeking direction to the Centre for creating a national food grid, for people who do not fall under the public distribution scheme. The petitioners had argued that it is high time states takes steps to set up community kitchens.

During the hearing, the bench said logistics will not be an issue for state governments, as community kitchens is a popular scheme. It added that "popularity-wise", every government will want to run this.

The Chief Justice said: "I don't want to comment because this is election time... the governments are giving so many other welfare schemes." He added that the governments can give something to the deprived to survive.

The bench, citing state governments' response, said some of them have already established community kitchens and now they seek funds, and some are ready to start but they need funds.

Citing the Centre's affidavit, the bench said it does not indicate anywhere that government is considering framing a scheme. "It does not say what fund you have collected and what you are doing etc. We wanted a uniform model from the Centre," it said.

Concluding the hearing, the top court asked the Centre to file its response on providing additional food grains to states and scheduled the matter for further hearing after three weeks.

The top court also gave liberty to states to file affidavits on issues of malnutrition and starvation deaths.

Title: SC not convinced as Centre says no starvation death even during pandemic, seeks data