Mangaluru, Jan 18: The District Youth Congress took out a foot march from its party office to Kudroli temple on Tuesday, January 18 in protest against the central government for rejecting Bhramashree Narayana Guru's tableau during the Republic Day parade.

Addressing the protestors, former minister G Parameshwar said, "Brahmashree Narayana Guru's contribution to society is enormous. The union government has insulted the great reformer by rejecting his tableau for the Republic Day parade. The BJP-led Centre needs to reconsider its decision. 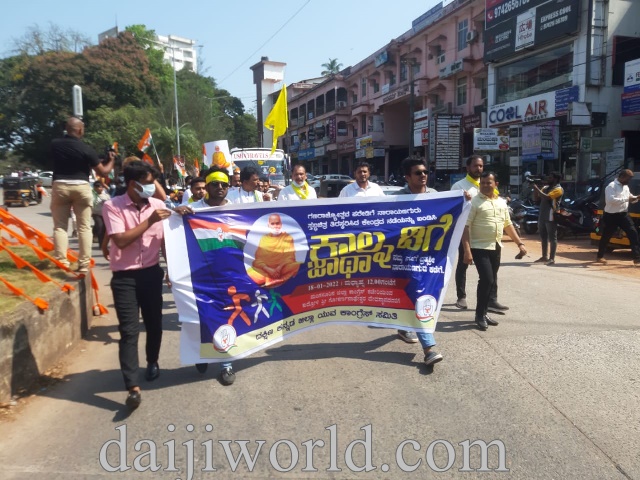 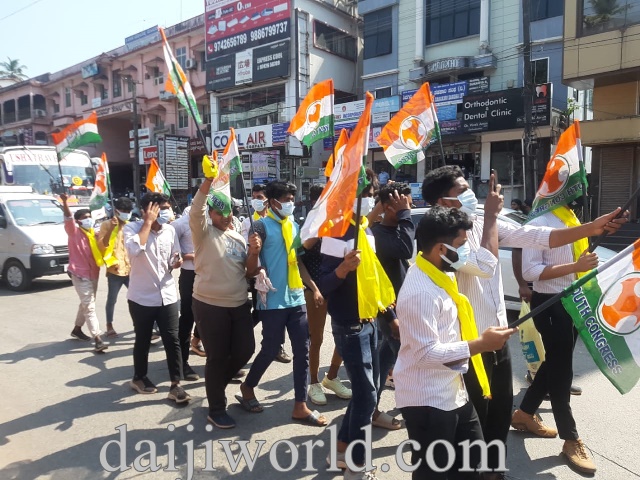 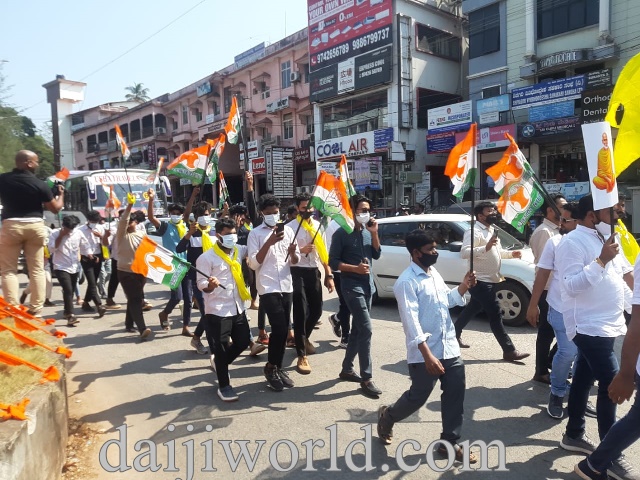