Along with rendering the voice, Jason himself has penned the lyrics and composed the tune for the song ‘Dolyancho Upas’. Known Sitar player and musician Ustad Rafique Khan composed the song and arranged the music. Konkani movie-serial actress Salomi Alvares has featured in the video version of the song along with Jason. 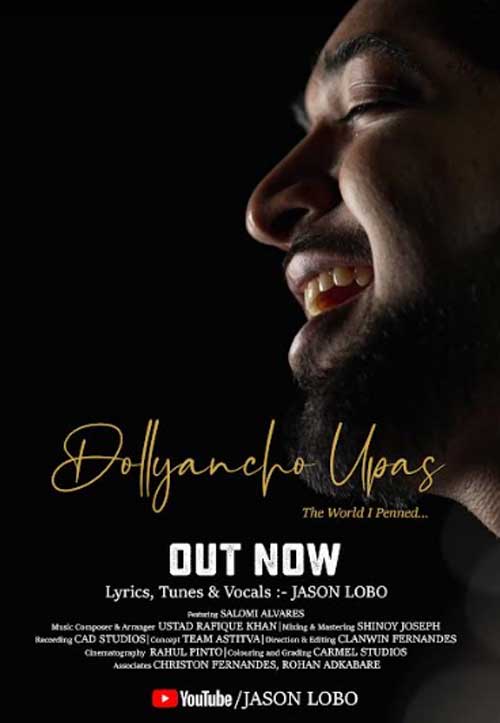 Expressing his thoughts after releasing the song, Jason said, "Dolyancho Upas is my first Konkani original. It was always a dream to present it to the world and now it is a reality. I am grateful to my guru, Ustad Rafique Khan, whose music and direction by Clanwin Fernandes has given life and soul to my composition. The video features Salomi Alvares, a good friend of mine and a wonderful actress. She too has added charm to the video through her natural acting. In order to ensure the song does not restrict only to the Konkani speaking audience, I approached Fr Alwyn Serrao who has willingly provided the subtitles with his choicest words. This dream would not have been a reality without the amazing team and people who supported me through their unique role in the project. I humbly request the audience and my well-wishers to kindly support my work through their love and support.”

The concept for visualization of the song was developed by Team Astitva and directed by Clanwin Fernandes. Rahul Pinto has worked as cameraman.