Udupi, Jan 17: The Paryayotsava Samiti has announced that the Paryaya festival being organized to celebrate handing over of the rights to worship Lord Krishna for a two-year period beginning tomorrow will be a simple affair. Working president of the Samiti and local MLA K Raghupati Bhat, made an announcement to this effect. 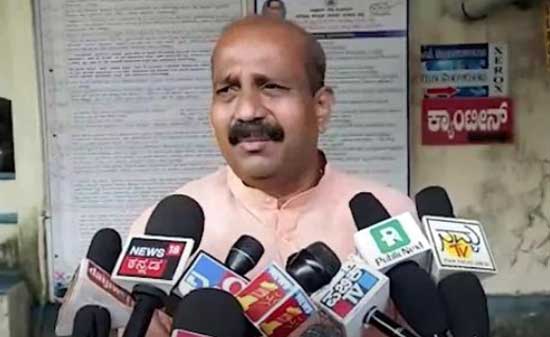 He said that the Samiti came to the unanimous decision that in the light of worsening covid19 scenario, the Math needs to extend total support to the precautionary measures undertaken by the government to contain the infection. As per the wishes of the would-be Paryaya Math head, Sri Vidyasagara Theertha Swamiji of Krishnapura Math who will take over the reins from Admaru Math head, Sri Ishapriya Theertha Swamiji, has expressed his wish that the Paryaya procession also should be restricted as a traditional affair.

The reception committee has requested the devotees to cooperate with the concerned towards this end. The folklore troupes and tableaux of the Utsava Samiti and Kannada and culture department stand cancelled. Only vehicles carrying the heads of the Maths, traditional instruments like Chende, Dolu and insignia will form part of the procession and tableaux depicting scenes from epic history will be participating.

At the Swamiji's court being held upon taking over reins of Sri Krishna Math, only a limited seats are being arranged. Those who have been vaccinated with both the doses of the vaccine will be allowed to participate.