Bengaluru, Jan 15: Most of the adults have been vaccinated against Covid and children below 15 years are not eligible to get vaccinated. Still, a study has found, that in the third wave, when compared to adults, there has not been any appreciable hike in Covid infection among the children. This analysis was revealed by state Covid war room head, Mounish Mudgil. 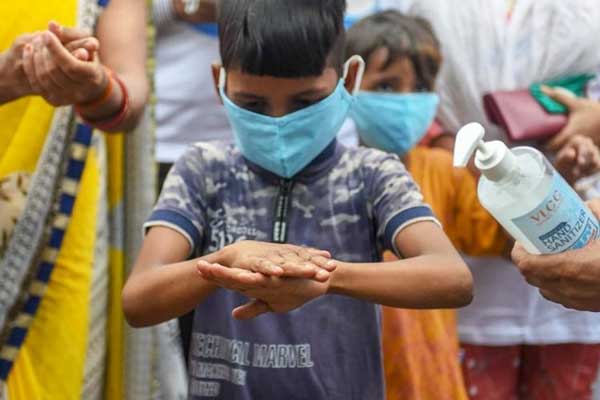 When positivity rates of different months are compared with the recent ones among the children aged less than 18 and the adults, the positivity rate was found to have come down in the children while among the elders, this rate is quite high. As per the Covid war room report, 97,490 children aged 0 to 9 tested Covid positive. At the same time, Covid infection was found among 2,49,661 patients in the age group of 10 to 19 years. Compared to other age groups, the death rate in these two age groups is less. As many as 67 deaths occurred in the 0 to 9 category while 94 in the age group of 10 to 19 lost their lives.

The study also noticed that the number of patients needing hospitalization came down drastically by five times as compared to the second wave. At the same time, the doubling rate of cases is three times higher than the second wave. It indicates that the transmission is faster but its intensity is less when compared to two earlier waves.