Bengaluru, Jan 11: Raking up the public taunts he had hurled at KPCC Chief DK Shivakumar’s brother DK Suresh at an official function in Ramanagara district hardly a week ago in the presence of Chief Minister Basavaraj Bommai and other ministers, Higher Education Minister Dr CN Ashwath Narayan when he had challenged the Bengaluru Rural Congress MP to show his ‘manhood’ through development and not ‘land grabbing’, challenged both the DK brothers that BJP alone can and will implement the Mekedatu project as Congress party does not have the power to do so.

“This is my direct challenge to both Shivakumar and Suresh. If they have the guts let them answer. The Congress party is unable to do it. It is only the BJP which has the manhood (gandasutana) to implement the project,’’ Dr Narayan, who is also the Ramanagara district in charge minister, said at a news conference in Ramanagara on Tuesday. 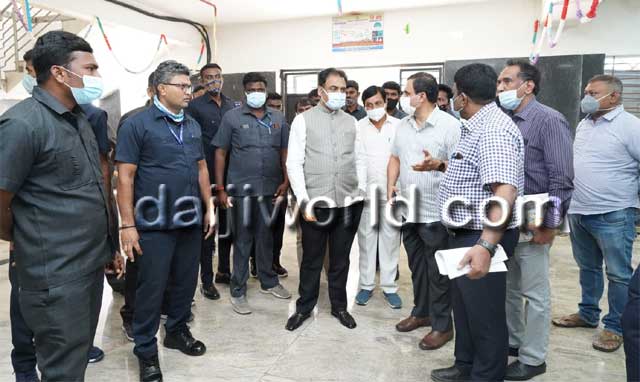 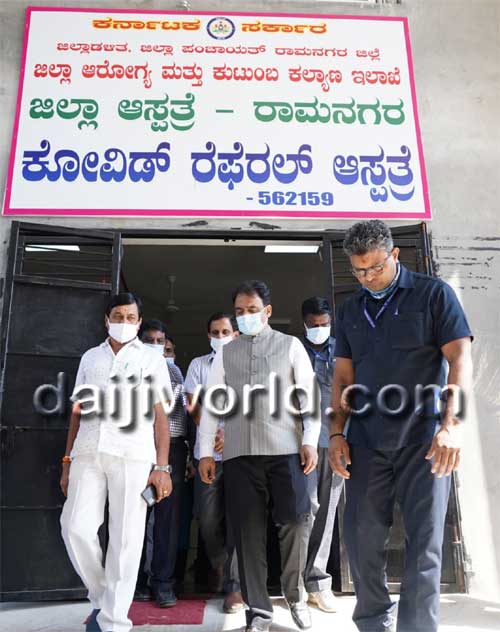 The minister went on to taut the KPCC chief by saying: “DK Shivakumar has been elected as MLA 7 times and become minister several times. His brother has become MP twice. What is their contribution to the district during all these years? What have they achieved besides murder of democracy and loot of natural resources?’’

It may be recalled that DK Suresh, who was present at the function in Ramanagara on January 4, had lunged at Dr Ashwath Narayan and almost came to blows but for the intervention of local police officers and other leaders after the minister publicly attacked him challenging his manhood.

In a frontal attack at the Congress party and KPCC Chief Shivakumar for leading the Mekedatu padayatra from Sunday violating all the norms and laws during one of the worst pandemic knowing fully well that their offence is non-bailable. “The government is strictly monitoring and controlling the law and order situation. If the situation goes beyond control, the government is ready to take tough decisions,’’ he warned.

The elected representatives do not have sufficient to attend to all the problems and grievances of the people. “But having won as MLA for 7 times, Shivakumar has carried on with his own business instead of concentrating on the development of the district. How can legislator get time for carrying out his own business? The Congress party has lost the confidence and trust of the people and has become morally bankrupt,’’ he said.

Dr Narayan pointed out that Congress party was in power in the State from 2013 to 2018. However, the Congress government could not prepare even a feasibility report or detailed project report (DPR) for Mekedatu project during the period.

“Siddaramaiah took 3 years to get 4G exemption. There were no obstacles if the government wanted to implement the project. Why the Congress-led UPA regime of then Prime Minister Dr Manmohan Singh did not publish the Cauvery tribunal award in the official gazette even for 6 years,’’ he said and declared that the BJP will expose the Congress party in the coming days.

He asserted that the BJP government is totally committed to implement the Mekedatu project. A lot of progress has already been achieved. The matter is now in the court. The Congress party is trying give a political colour to the entire issue through its padayatra, he said.

Dr Narayan declared that the BJP believes in ‘State First’ policy in issues of land and language. It is the BJP government which succeeded in getting the National Green Tribunal’s stay order. Already 7,500 acres of land has been identified in Ramanagara, Mandya and Chamarajanagar district for the submersion of 5,000 acres of forest land. “What did the Congress party do when it was in power,’’ he asked.